Malawi opposition leader sworn in as president after repeat vote

Lazarus Chakwera has called for unity and vowed during his inauguration speech "to make Malawi a peaceful, prosperous nation." The former evangelical preacher won last week's rerun election after the first was voided. 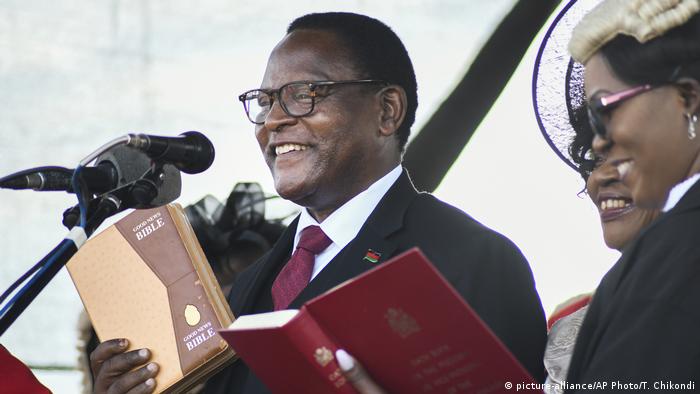 Malawi's newly elected president vowed on Sunday to maintain unity in the southern African nation, a day after it was announced that he had won the country's rerun elections.

Lazarus Chakwera is Malawi's sixth president after winning the historic vote held last week, the first time a court-overturned vote in Africa has resulted in the defeat of an incumbent leader.

Chakwera urged national reconciliation in his inaugural speech in the capital, Lilongwe, and spoke directly to supporters of defeated incumbent president Peter Mutharika.

"Perhaps the prospect of my presidency fills you with fear and grief. I want you to remember one thing, that this new Malawi is a home to you, too," said Chakwera.

"So long as I am its president it will be a home in which you, too, will prosper.'' 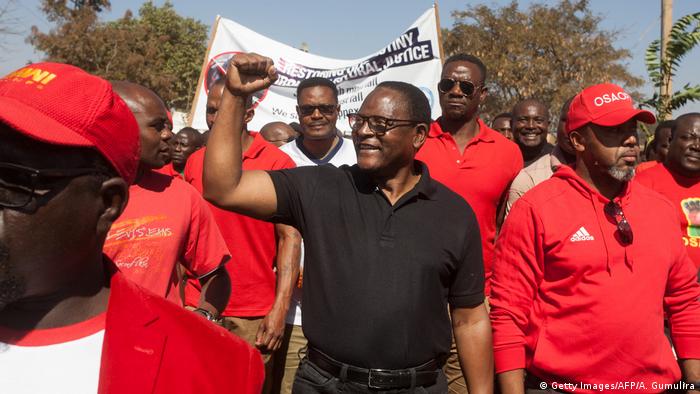 In May 2019, Mutharika thought he was the victor by a slim margin when he gained 38.6% of the vote ahead of Chakwera with 35% and Vice President Saulos Chilima with 20%.

However, Malawi's Constitutional Court annulled those results in February 2020, ruling that the 2019 vote showed "grave," "widespread" and "systematic" irregularities. This included tally sheets being daubed with correction fluid.

The defeated incumbent Mutharika criticized the rerun election as "the worst in Malawi's history'' but he urged the country to "move on peacefully'' while speaking to the media in Blantyre on Saturday.

Acknowledging the discontent of Mutharika's supporters, Chakwera asked them in his inaugural speech to give him a chance to earn their trust and to make his election a win for all Malawians.

"That is how we will fulfill the dream of a new Malawi that will be for everyone.''

The Malawi Human Rights Commission, one of the observers, endorsed the rerun election as peaceful and transparent.

Tanzania's opposition presidential candidate Tundu Lissu is suspended from campaigning +++ Nigeria's is planning a new north-south railway +++US President Trump has tested positive for COVID-19 +++ Activists in Malawi are against a new draft law to permit abortion in rape and incest cases.