Every Tuesday afternoon a special kind of music lesson is offered at the Rock and Pop School in central Kiel. 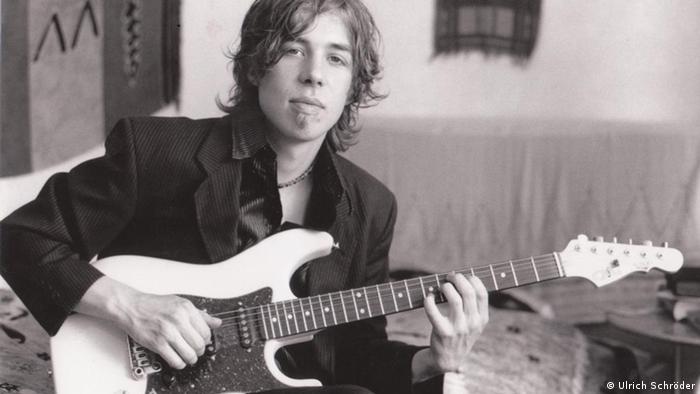 Since late 2010, the private institution has been running a project aiming to make music more accessible to people who have hearing disabilities.

The project is called Grenzen sind Relativ, German for "borders are relative." It's the brainchild of 31-year-old Mischa Gohlke, who was born with a hearing impairment which borders on deafness. Without the help of his powerful hearing aids, Gohlke hears almost nothing. But despite the condition, he learned to play the guitar in his teenage years.

"When I was fifteen or sixteen, I heard a slow blues by guitarist, Stevie Ray Vaughan", Gohlke said. "It inspired me so much that I wanted to start playing the guitar immediately. I didn't have much talent and of course there was my hearing problem. But, I really enjoyed the challenge of doing exactly that which I seemed to be unable to do."

Understanding what it means to hear

Gohlke quickly overcame all the difficulties and went on to work as a guitar teacher. But it wasn't until he gave lessons at a summer camp four years ago, that the idea of teaching others with similar conditions occurred to him. There, he met other people with hearing disabilities. It was the first time he realised how many people are affected.

"In Germany alone the number is around fourteen million people," Gohlke said. "And I also realised at the camp that many of them have been conditioned into the belief that they can't play music because of their impairment."

Martin, one of Gohlke's guitar students at the Rock and Pop School, certainly doesn't share this belief. The 29-year-old wears powerful hearing aids too - but they don't stop him taking guitar lessons.

"I don't think it's a contradiction at all", Martin told DW. "I want to involve myself with music, precisely because I have a hearing disability. Music helps me understand better what it means to be able to hear - and with music, it's about hearing, as much as it is about feeling. That's why I concern myself with music much more than maybe someone with normal hearing abilities."

Gohlke found a willing ally for his project in Hörbie Schmidt, managing director of the Rock and Pop School in Kiel. Schmidt did his civil service at an orphanage for hearing disabled children in Hamburg, where he first came into contact with people with the condition.

"People with hearing impairments know they are being isolated by society", Schmidt said. "They aren't integrated in schools and kindergartens, and in my eyes that's a problem." Schmidt believes it is the duty of schools, doctors, parents and private institutions to create opportunities for and to include everyone with hearing impairments: "That's exactly what we do here at the Rock and Pop School." 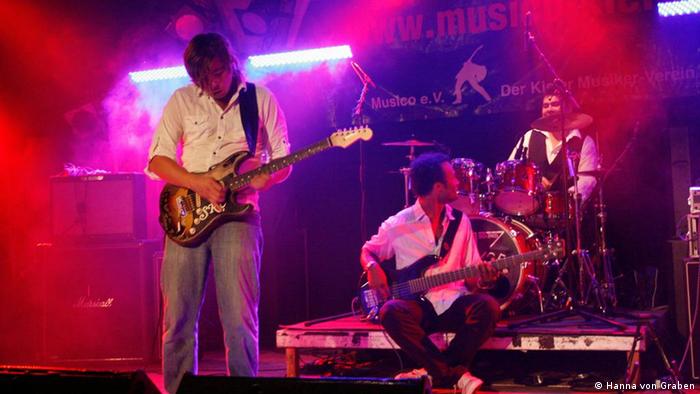 Gohlke says it's about inclusion, not exclusion

Everyone has some form of impairment

The first instrumental lessons for people with hearing impairments took place at the school in late 2010. They're designed to be inclusive - meaning that they aren't just for those affected by hearing damage.

"The music lessons we offer are aimed at people both with and without hearing disabilities", Gohlke explained. "It's not about integration, because that would be saying we're integrating someone with a hearing impairment who previously was excluded somehow. It's more about inclusion; it's about admitting that everyone has impairments in some way or another and that everyone also has different talents."

It's these differences that the project aims to address openly and honestly. Everyone approaches music differently because there are so many different channels of perception. According to Gohlke one result is that the participants learn better from and with each other.

"Some experience music through their eyes, others use their ears", Gohlke said. "Some employ the trial-and-error method, or they read sheet music or they perceive sound through their body. I believe that we can gain a lot from experiencing how others perceive and produce music. And when we stop looking only at ourselves and start to see how others do it, then it can result in new and inspiring ways of broadening one's horizon."

Stereotypes on both sides

Aside from teaching the guitar, Gohlke also plays in his own group, the Mischa Gohlke Band. It's a tribute band to Stevie Ray Vaughan and Jimi Hendrix. It also serves as an advertisement of sorts for Grenzen sind Relativ. Gohlke is happy with the feedback his project has received so far, in what he calls “the hearing world.” He has made contact with related initiatives and organised events and festivals around the issue of hearing disability. He has also received a commendation from the German government's commissioner for people with disabilities.

The most difficult to convince, it turns out, are those who are affected themselves. According to Gohlke, many people with hearing impairments have been conditioned into thinking that they can't make music because of their condition. And some in the hearing world ask why someone who can hardly hear would want to make music. "There are stereotypes on both sides", Gohlke said. "To counter them we need patience. We have to approach our target group through many different channels of communication and we still have to raise a lot of awareness."

Mischa Gohlke knows that he still has a long way to go. But, he says, the most rewarding achievement is that of making the seemingly impossible possible.

Tinnitus: Electrical stimulation of the tongue can help 23.02.2021

Distressing ringing noises in the ears are often treated with cortisone. Now, a German researcher is remedying the problem by stimulating people's tongues.