A convent in Madrid has been all but confirmed as the final resting place of Spanish writer Miguel Cervantes. A bone examination has found that the author of "Don Quixote" was likely buried in Madrid's Literary Quarter. 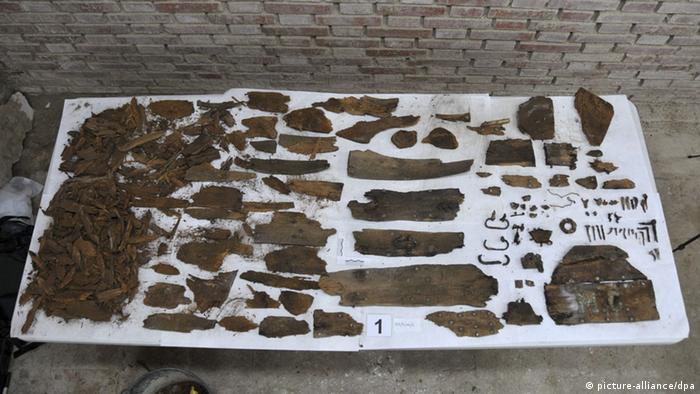 On Tuesday, researchers in Madrid all but confirmed that the remains of a man in a casket in an alcove of a convent are those of the author Miguel Cervantes.

In January, archaeologists had come across fragments of a casket containing bones and bearing the initials MC, but, at the time, they could not confirm that the remains were those of Cervantes.

On Tuesday, however, researchers announced that they were nearly convinced of their find.

"Everything coincides to lead us to believe that Cervantes is there," forensic anthropologist Francisco Etxebarria told reporters.

Cervantes is best known for writing "Don Quixote," the story of a bumbling knight-errant whose excessive readings on the subject of chivalry begin to influence his real life. Atop his horse, Rocinante, and accompanied by his neighbor-turned-squire, Sancho, Don Quixote is considered part of the Spanish literary canon. The influence Cervantes had on the Spanish language endures to this day.