Made for minds. - DW's new slogan

Deutsche Welle (DW) has developed a new slogan: "Made for minds." It represents a strong statement that will accompany DW's content around the world. 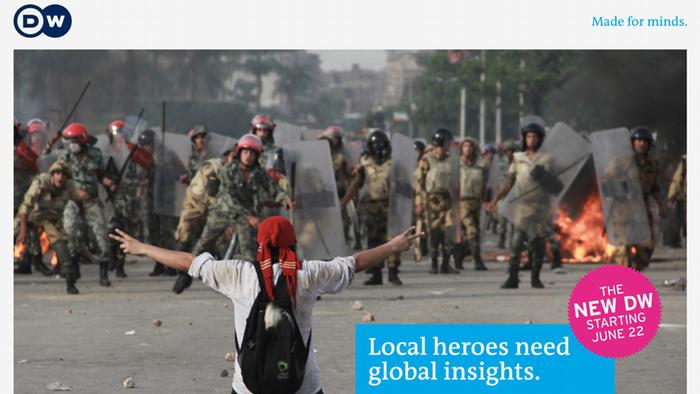 The new slogan offers an overarching message that lends a clear profile to DW and its offerings. A pledge to DW's target groups, it captures in a few words what makes the broadcaster relevant and attractive. The phrase is intended to immediately stir curiosity while simultaneously assuring target audiences that DW is the right address for what they're seeking. Furthermore, the slogan serves as a way of differentiating DW among its international competitors and setting itself apart in a confident fashion.

The slogan stems from DW's understanding of its journalistic mission: A global information provider based in Germany with strong regional competency. DW stands for courageous and quality journalism - with curiosity, openness and a clear orientation. The media company values firsthand, on the scene reporting that is presented in a global dialogue with its users. The goal is providing free information for an open world. DW also tries to put its users in a position to draw their own conclusions using independent information and to get involved actively and freely in social and political processes. 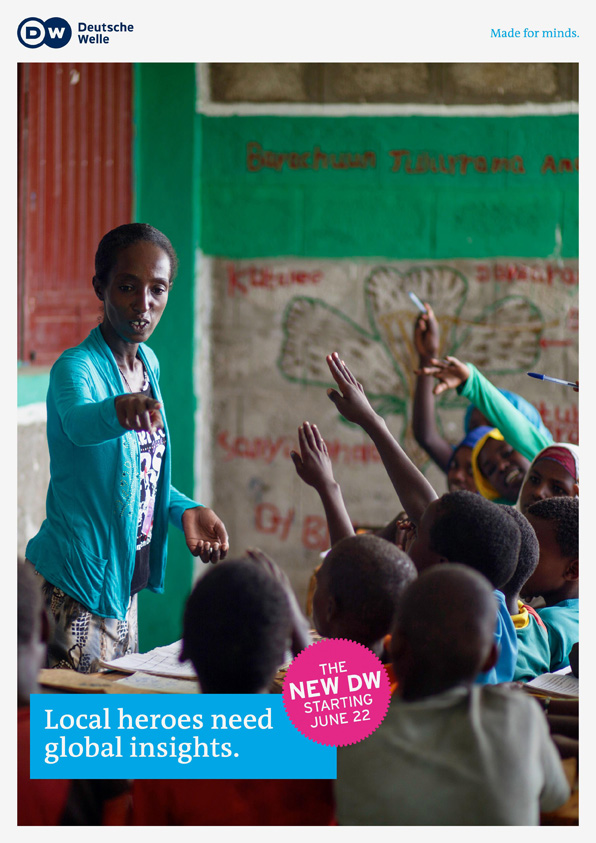 "The new claim 'Made for minds.' supports these goals by putting our users at the center of the message. 'Made for minds.' doesn't just address intellectual leaders - it's directed at critical thinkers of all stripes. 'Made for minds.' reaches out to DW users as goal-oriented individuals with their own ideas and independent viewpoints," says DW Director General Peter Limbourg.

"The slogan issues a compelling demand without doing so in an elitist way. 'Made for minds.' honors DW's target audience and its content equally," the director general says.

Participants in a representative survey in DW's target regions evaluated the slogan as "very good." Of those surveyed, 83 percent said the slogan fits well with DW's brand. More than 80 percent of the poll participants associated words like "memorable," "modern" and "self-confident" with the phrase.