The European Commission's new president, Jean-Claude Juncker, defended his record as prime minister of Luxembourg, amid mounting calls for his resignation over a brewing tax evasion scandal. 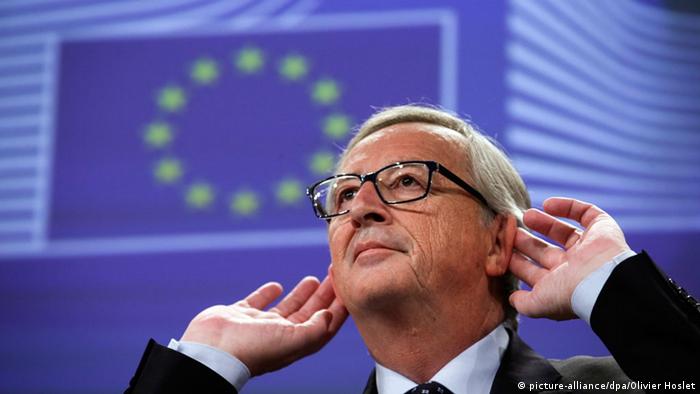 Jean-Claude Juncker, the new European Commission President, denied any wrongdoing as Prime Minister of Luxembourg on Wednesday, as he tried to weather a storm of criticism that he helped turn the tiny Grand Duchy into a haven for corporate tax evaders.

"I am politically responsible for what happened in each and every corner and quarter (of Luxembourg)," Juncker, who served as Prime Minister from 1995 to 2013, told reporters in a surprise appearance at a daily briefing of the European Commission in Brussels.

However, the 59-year-old sought to deflect critics, saying the mounting tax scandal exposed the inherent shortcomings and vulnerabilities of the 28-member bloc, where every country has different tax regimes.

"I am not the architect of what you could call the Luxembourgish problem," Juncker said. "This state of affairs is due to the fact that we have to deal with the outcome of different standards. If there is no tax harmonization throughout Europe ... then this can be the result."

Ghosts of Prime Minister's past

Juncker's past has come back to haunt him less than two weeks into his EU presidency, following last Thursday's revelations that Luxembourg gave hundreds of international companies huge tax breaks, including IKEA, Pepsi and Deutsche Bank.

The leaked document, dubbed "LuxLeaks," showed that the Grand Duchy's financial laws were set up to encourage global firms to funnel billions of euros through the country, allowing them to shave huge chunks off their tax liabilities.

The leaks have caused an outcry throughout the EU, with some demanding Juncker's resignation as EU executive. Critics warn that keeping Luxembourg's former Prime Minister, who also oversaw the country's coffers as Finance Minister from 1989 to 2009, is like setting the fox to guard the henhouse.

Juncker rejected such criticism, saying that "there is nothing in my past indicating that my ambition was to organize tax evasion in Europe."

He reiterated his commitment to cleaning up fiscal fraud, saying he had asked EU Economy Commissioner Pierro Moscovici on Wednesday to draw up new EU laws that would increase transparency by facilitating automatic exchange of corporate information between member states.

"I have said that the Commission would fight tax evasion and fiscal fraud," he said, adding "I want everyone to know that those are not just words but really reflect the Commission's aim."

He admitted that it had been a "mistake" not to speak out earlier over the "LuxLeaks" affair after he had ducked reporters for days.

The scandal comes ahead of a G20 summit in Brisbane this weekend, where the members are expected to sign off on new measures to rein in corporate tax evasion. In an interview with The Guardian newspaper, which helped reveal Luxembourg's questionable tax practices last week, British parliament member Margaret Hodge called it 'the height of hypocrisy' that Juncker would represent the EU in Australia.

Luxembourg is not the only country, whose dubious practices have caught the eye of EU watchdogs. The European Commission is also currently investigating allegations that Ireland and the Netherlands infringed state aid rules by tailoring their tax regimes to favor some corporations over others.

Closing costly loopholes has been on the top of Brussels agenda since last year's so-called "Offshore Leaks" affair, when the International Consortium of Investigative Journalists leaked 130,000 offshore accounts, documenting pervasive, global tax evasion schemes, which are estimated to have cost governments trillions of euros in lost revenue.

The EU's former top tax official, Algirdas Semeta, called the Leaks "most significant trigger" behind Brussels' push to crack down on tax dodging. Last week, the European Parliament voted to ramp up its requirements for automatic exchange of tax information between member nations, demanding governments to collect and share data on additional types of income, such as employment, property and capital gains, by 2017.

In Luxembourg, tax avoidance is officially seen as good for the state - nothing new there. His past as the country's premier could be a problem for the chief of the European Commission head, says DW's Bernd Riegert. (06.11.2014)