Luxembourg's premier, Jean-Claude Juncker, has proposed new elections. The move came after a seven-hour debate in parliament over his role in corruption allegations against the country's intelligence agency. 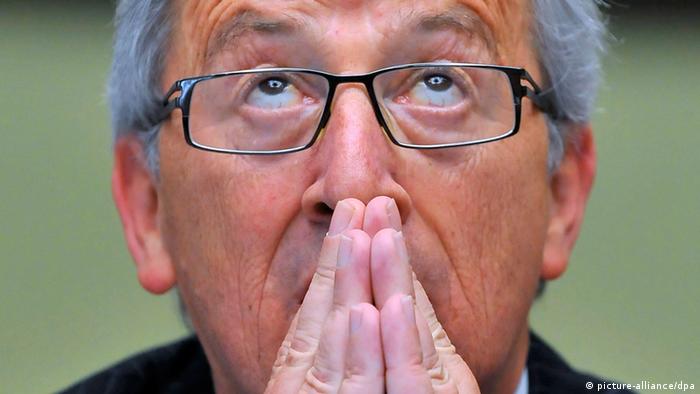 A loss of confidence from Juncker's junior coalition partners, the Social Democrats, forced the long-time premier to call for new elections late Wednesday evening. It was not immediately clear whether he would seek another term as premier, a post which he has held since 1995.

"There was no other choice than to hand in the government's resignation," he said, adding that he would hand in the official resignation on Thursday morning to the grand duke after a cabinet meeting.

The announcement came after a defiant speech in parliament on Wednesday, during which the Luxembourg premier defended his record. Lawmakers had deliberated for roughly two hours before Prime Minister Juncker responded to a report, which alleges that in recent years he lost control over the country's intelligence agency, the SREL, whose members had allegedly engaged in corrupt practices.

"The intelligence service was not my top priority," Juncker told parliament. "Moreover, I hope Luxembourg will never have a prime minister who sees SREL as [his or her] priority."

The report stems from a parliamentary commission's inquiry into the intelligence service after the publication of a secretly recorded conversation in 2007 between Juncker and Marco Mille, the head of the SREL at the time.

The report alleges not only that SREL members had illegally wired tapped politicians and accepted bribes, but also that Juncker had failed to maintain appropriate influence over the branch, which falls under his duties as head of government.

Juncker had also neglected "too often…to inform the parliamentary control committee or the judiciary of [the agency's] irregularities, aberrations and illegalities," the report said.

Hot around the collar

The findings of corruption and misconduct threatened the future of Luxembourg's governing coalition and of Juncker, 58, who has held the Luxembourg premiership as leader of the country's Christian Social Party (CSV) since 1995.

However, Juncker, dismissed expectations he would resign.

"I cannot … recognize any personal responsibility of a subjective nature," he said.

"I'm not perspiring because I'm scared but because it's hot," Juncker added, referring to Europe's summer weather.

The heavy-weight politician earned a reputation for similarly wry remarks during his time as the head of the Eurogroup from 2005 to 2013, during which time he focused much of his energy on tackling the eurozone crisis.

It was not immediately clear whether parliamentarians would call to dissolve the government, led by Juncker's CSV party and junior coalition partner, the Luxembourg Socialist Workers' Party.

In the lead up to Wednesday's parliamentary debate, members of the Greens, Labor and Democratic parties said they would not rule out a vote of confidence.