It lasted for centuries, now Lutherans apologised to the Mennonites and thereby allowed the conflicting parties to find closure. Both religions celebrated their reconciliation at the Lutheran World Federation Assembly. 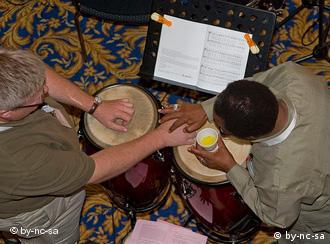 The apology was formalized with Christian symbols

The bloody oppression of the Mennonite Free Church in the 16th century is one of the darkest chapters in European history. This past week, Lutherans issued an official apology for the cruel persecution of the Anabaptists - and both parties celebrated their reconciliation in a very moving ceremony.

The Mennonite Free Church is the main branch of the descendants of the Christian Baptist movement. Mennonites are known as Anabaptists because they only baptise adults and not underage children. 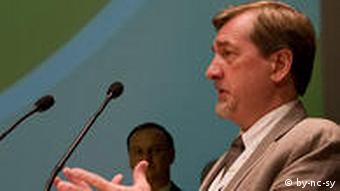 The apology is an important concession for Larry Miller

For church reformer Martin Luther, Mennonites were schismatic heretics who denied children access to the Christian community. Luther expressed his rejection of the Anabaptists in a letter of denomination which was published in the southern German city of Augsburg, and is known as the Augsburg Confession of 1530. Even today, Lutheran pastors are ordained using parts of this text.

The Baptists, who advocated church reforms even more radical than those proposed by Martin Luther or Ulrich Zwingli, were persecuted by both the Catholics and the Protestants and had to flee for their lives. Nevertheless, thousands were killed

Today, the Free Church has more than one million members all over the world, mostly in the United States and Canada. About 60,000 members live in Europe. The Mennonites disapprove of ecclesiastic hierarchies and their local churches are rather autonomous.

Early on, they decided to raise their voice against every act of war and violence and live according to a "total renunciation of force." They are regarded as one of the historical peace churches. 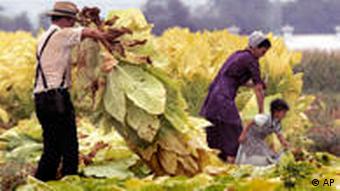 A relatively large number of Mennonites lives in the US

In the reconciliation ceremony during the 11th Lutheran World Federation Assembly in Stuttgart this past week, representatives of the Lutheran church explicitly asked "God and our Mennonite sisters and brothers for forgiveness for the harm that our ancestors have brought upon the Anabaptists."

The plea for forgiveness is the result of a year-long process and is based on work done by the Lutheran-Mennonite Study Commission from 2005 to 2008.

For General Secretary Miller, this apology is a significant concession and an act of liberation. The Anabaptists had regarded themselves as victims for centuries.

"Now we have to reconsider our identity," Miller said. Indeed, the stories of martyrdom are still present in the Mennonite communities and their ancestors' suffering is passed on from generation to generation.

"It is a deep wound within the Christian world when two churches of the reformation movement are separated despite actually being so close because of their common origin and their history," Mennonite pastor Reiner Burghard said, expressing his hope that this wound could now begin to heal.

A Palestinian protestant bishop is the newly elected head of the Lutheran church around the world after a vote in Stuttgart. Bishop Munib Younan has said he will strive for peace in the Middle East. (25.07.2010)

Texan Sorbs travel to Germany in search of ancestral roots

A group of Texan visitors, descendants of the Slavic minority, the Sorbs, recently traveled through eastern Germany in an attempt to see for themselves where their ancestors come from. (10.07.2010)