Pilots at Lufthansa's low-budget carrier Germanwings are staging a half-day work stoppage that affects a fifth of the airline's regular flights. Those on strike want to retain favorable early retirement terms. 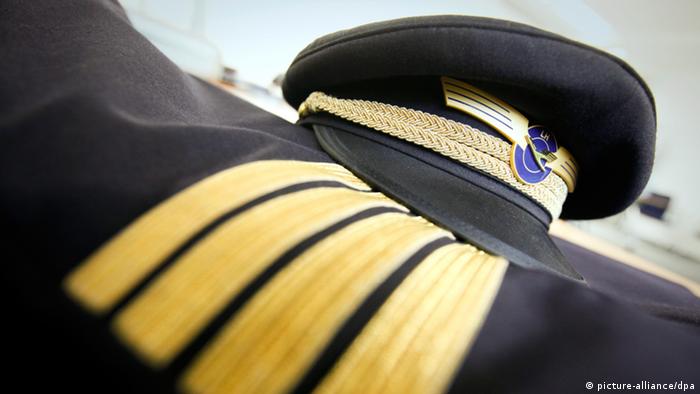 The Germanwings pilots' labor action was scheduled to last for 12 hours starting at 12 p.m. (1000 GMT) and ending at midnight (2200 GMT) on Thursday, the Vereinigung Cockpit (VC) union confirmed in the morning.

VC, representing Lufthansa's 5,400 pilots, reiterated it wanted the German flagship carrier to maintain a scheme allowing pilots to retire early at the age of 55 and still receive up to 60 percent of their salaries before regular pension payments started.

But the airline's management had shown no signs of caving in during a series of earlier strikes, emphasizing the need to cut costs as it competed with budget rivals and fast-growing carriers from the Middle East.

Germanwings said Thursday's strike was causing the cancellation of about 100 flights or a fifth of its daily total, with the overwhelming majority being domestic flights.

The VC union claimed Lufthansa executives had brushed aside all compromise proposals so far, adding that travelers would therefore have to brace for more industrial action in the future.

It's the seventh strike at Lufthansa this year, coming straight after a 14-hour work stoppage by train drivers with German rail operator Deutsche Bahn, causing major disruptions for passengers across the nation.