Lonsdale shows love for the left

The fashion label has managed to rid itself of its neo-Nazi clientele and now cooperates with left-leaning soccer clubs. But the Internet won't let the company forget its old associations. 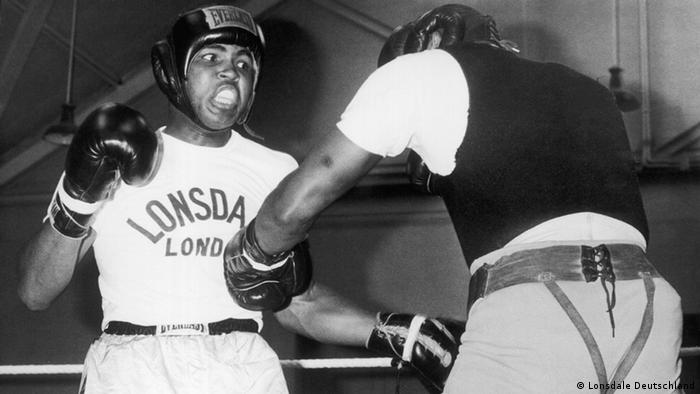 When British boxer Bernhard Hart founded fashion brand Lonsdale in 1960, he had no way of knowing what kinds of problems the name would cause. Hart simply named his company after the fifth Earl of Lonsdale, who strongly supported boxing and soccer at the turn of the 20th century. Famous boxer Muhammad Ali (pictured above) was a fan of the label. But in the 1980s and 1990s, neo-Nazis and right-wing skinheads appropriated the brand for themselves. When wearing a half-closed jacket over a t-shirt with the prominent Lonsdale slogan, the letters "nsda" are showing. That's only one letter short of the "NSDAP", the National Socialist German Workers' Party - better known as Adolf Hitler's Nazis.

The company itself, however, never wanted anything to do with the far-right ideology, Lonsdale Germany press spokesman Ralf Elfering stressed. "This 'NSDA' is pure coincidence," he told DW. "It's important for us to clearly position the brand in opposition to right-wing extremism and racism. One way the company is doing that in Germany [is by] cooperating with two soccer clubs who have strong anti-racism agendas."

United in the fight against right-wing extremism

Starting in March, Lonsdale will be the sponsor of left-leaning amateur soccer club "Roter Stern Leipzig" (Red Star Leipzig). For two years, the brand will provide the club's jerseys. Perhaps even more important, Red Star is also getting a bus with speakers from Lonsdale that will be used in the stadium for providing announcements and music during home games and will take players to away games. In addition to that, both the soccer club and Lonsdale explicitly agreed that the bus can and should also be used during anti-racism protest marches, where the speakers will come very much in handy. "We wanted to cooperate with this club, because they are known for their anti-racist and anti-right-wing stance," Elfering said.

A second cooperation Lonsdale has entered into this year is with regional league soccer club "SV Babelsberg 03." The club has been fighting racism and rightwing extremism since the early 1990s, according to Thoralf Höntze from Babelsberg's marketing department. "We have an annual stadium festival called 'The colorful ball' promoting tolerance," Höntze told DW. "Smaller things are just happening all throughout the year, like fans making food for asylum seekers."

Last fall, Babelsberg approached Lonsdale about a cooperation because they were looking for a partner with a mission and goals to match their own. Most fans did not connect the brand with neo-Nazis anymore. 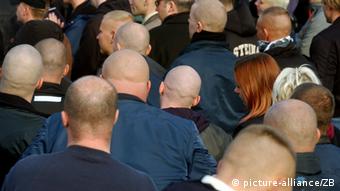 In the 1990s, Lonsdale was a frequently-seen brand at Neonazi marches

"People who are as dedicated as our fans know that the label has distanced itself from that crowd," Höntze said. The reaction to the sponsorship announcement has been "95 percent positive," according to the marketing official. Babelsberg will receive personalized Lonsdale merchandise. In addition, the clothes brand will also help support the soccer club's Cuban partner team financially. In total, Babelsberg will receive a five-figure amount for one year.

These new partnerships are only the most recent step Lonsdale has taken to distance itself from its former Neonazi clientele. In a "back-to-the-roots" campaign, they began by sponsoring the boxing department of the famously left-leaning St. Pauli sports club from Hamburg in 2011. They have also been working with the "Loudly against Right" initiative since 2005 and launched a pro-tolerance campaign, "Lonsdale loves all colors," as early as the 1990s. During that time, Lonsdale's Ralf Elfering said, the company also combed through their entire distributor catalog and stopped delivering clothes to shops and sellers that were in any way connected to the neo-Nazi scene.

"We couldn't prohibit anyone from buying our clothes, of course [but] in the 90'3 we ... began to make clear that Lonsdale is no brand for racists or nazis" Elfering said. The neo-Nazis who used to sport Lonsdale shirts have realized themselves, however, that the brand doesn't match their ideology, so Lonsdale has successfully managed to rid itself of their problematic image - at least for the most part. 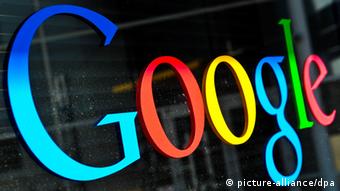 Google never marks pictures as old or outdated - much to Lonsdale's chagrin.

"Google doesn't forget," Elfering said. "It presents old photos from the 90s side by side with current ones and so the image sticks in some people's heads." While other brands like Helly Hansen and Fred Perry also faced problems with appropriation from Nazis, Lonsdale's struggle was especially hard, because of the way most of the label's shirts look: they have the brand name across the front in large letters. And that is well visible and immediately recognizable in all those old photos of neo-Nazis wearing Lonsdale that Google still spits out.

In the non-virtual world, the company can focus on its new partnerships. Elfering is excited to see the cooperation with Red Star Leipzig and SV Babelsberg 03 come to life. And Babelsberg's Thoralf Höntze already says he wants to continue working with Lonsdale once the original one-year contract is up.

Germany is not doing enough to prevent and combat racism and intolerance, according to a Council of Europe report. The report cites deficits mainly in the registration of such crimes and their prosecution. (26.02.2014)

Lawyers for the families of victims of the NSU neo-Nazi group and initiatives against far-right extremism agree that society needs to take a long, hard look at racism in Germany, (20.02.2014)

In Germany, EXIT helps people who want to get away from the far-right scene. A woman tells DW about the reasons for her change of heart, and how difficult it was to return to a normal life. (12.02.2014)