Robert Speker's photography project was just intended to create a bit of fun after four months in corona-lockdown. Now the Sydmar Lodge Care Home residents have become internet stars themselves.

North London's Sydmar Lodge Care Home is a quiet residence for elder members of the Jewish community, where the Holocaust Memorial Day is as much part of the annual agenda as "Nutella Day" and Left Handers' Day.

But some of the senior residents have recently caused quite a splash by reenacting iconic stars and their album covers — transforming themselves into the likes of David Bowie, Madonna or Adele.

The photography project, initiated by the home's activities coordinator Robert Speker during the coronavirus lockdown, has attracted worldwide attention. But what caused this buzz? We asked the photographer himself, who has been working at the care home for more than five years now.

Deutsche Welle: What did the old people say after these recreations of album covers went viral on the internet?

Robert Speker: It was all very bizarre for all of us. We never expected it. The project was just to have a fun time and to share a little bit of joy with their families, and with my family and friends. When it did snowball, the residents really enjoyed opening a newspaper and seeing their pictures inside or turning on the TV and seeing it reported on there.

Do you often work with your camera to entertain the residents?

I usually take photos and videos to show family members what their relatives have been participating in. Obviously in lockdown, this has become even more vital because they can't visit. It is so important that they get to see their family members safe, happy and joining in with activities.

And why album covers?

I feel that music is one medium that can attract so many people. And the benefits of music, especially in the care home setting, are so important. Many of the albums are iconic, and these residents have lived through all of the featured artists.

Did you listen to the music while you shot the photos?

Because we needed quite a bit of focus we didn't listen to them during the shoot, but we listened to them beforehand. I play the piano, and especially now I'm a kind of an entertainer, so I played all of those artists either on the piano, or on the radio or on Amazon echo.

Did you have to convince the residents to take part?

They don't want to sit around doing nothing, so for any activity I do, the majority are quite willing to participate. And it gave me the opportunity to spend some quality time with them, one-to-one. And also to check that they were okay in lockdown. They hadn't seen their families for so long. If they had any questions or queries, this was a good opportunity to discuss those.

Was the photo-shoot difficult?

The shoot was surprisingly easy because I know the residents so well. It was a case of just finding a moment, just half an hour, 45 minutes. Once we were together, we set the scene and then took enough photos to ensure I got that one shot. The residents just staged it so well.

Was the photo-shoot a chance for the participants to showcase their inner youth?

Certainly. If you ask our residents, "How old do you feel inside?" many will say they feel a lot younger than their actual age - as many people do. They still may want to do a lot of things that they used to do when they were younger, maybe even to go to a concert. 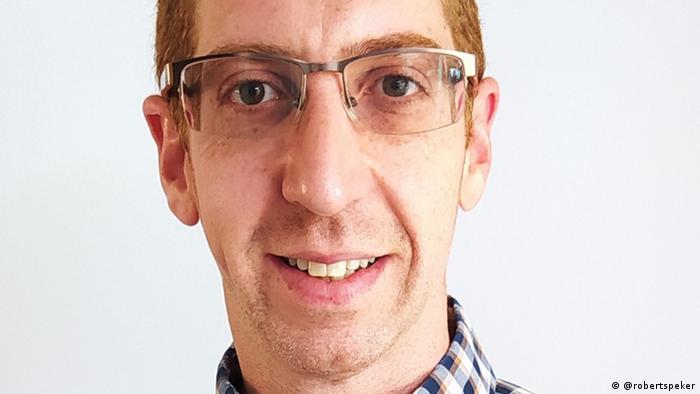 Who selected the albums and the roles?

I had in my mind which album covers I thought were best, then I showed each individual his or her cover and said, "This is the ideal one for you." And most said straightaway, "Yes, I'd love to do that."

Did you get any feedback from any of the original artists?

David Bowie's widow and their son both retweeted and shared with a lovely message. It's such a humbling thing to know that somebody who loved David Bowie thought he might have liked the picture.

How did the project change the atmosphere in the care home?

It's completely new to all of us. It's not often that we're spoken to by journalists or that TV news reporters visit our garden. It's really created a lovely buzz. That warm feeling is so special, especially during this difficult lockdown.

Why did you only reenact twelve album covers? There must be many more residents living in the home?

Just under 50. The reason it stopped at twelve images was only because my wife went into labor and gave birth to our child. That day, I knew I needed just to get one more shot, and then my wife called to say that she wasn't going to make it to the planned hospital. They called an ambulance, and less than an hour after I left work, she gave birth to a fabulous baby girl.

Your photography project received enormous media coverage. Did it also result in many donations?

That was an afterthought. Some people commented, saying: "We'd like to give something to the residents." So we set up a Go Fund Me page. But with the residents pretty content with everything provided here, we decided to donate the funds to three charities of their choice. We're just so grateful.

What's next? Will you continue to recreate classical pop-albums?

Now more residents want to be part of this. Even a few musical artists have suggested that their albums could be covered. And members of the public are volunteering their own parents to recreate an album cover. So I definitely think there will be more to come in the near future.

With no visitors due to the corona-lockdown, residents of London's Sydmar Lodge kept themselves busy by reenacting classic album covers. Their photos became an international hit sensation.