Gay and childless heterosexual German couples seeking to have children by non-traditional means have gained a small victory. If the surrogacy is done abroad, authorities must recognize the couple as the legal parents. 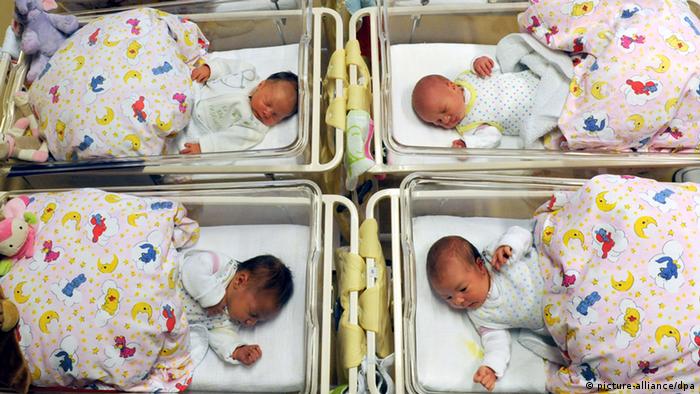 In a landmark case made public on Friday, the German high court in Karlsruhe watered down legislation forbidding surrogacy in Germany.

Although women are still prohibited from using their wombs to bring another couple's child to term, Germany now has to recognize children born using such procedures abroad.

The case revolved around two gay men whose child was born via surrogate in California. The baby, born in 2010, was registered in the United States as the child of the two men. Upon returning home, the couple had been unable to persuade the German authorities to recognize the child as theirs, though the baby has been living with the fathers in Berlin for the last three-and-a-half years.

German law holds that a surrogate mother is the legal mother of the child, which presents a problem for homosexual couples or childless heterosexual couples seeking alternative ways to become parents.

The issue was brought up before the German supreme court, which ruled that the decisions of foreign authorities in such matters must be respected as "part of a child's welfare to be able to rely on the parents to have continuous responsibility for its well-being," but maintained that surrogacy on German soil remains forbidden.

The ruling also has implications for countries like India, where women have often been employed by childless heterosexual German couples as surrogate mothers.

Gay couples are generally not allowed to adopt in Germany, though the courts have permitted gay men to legally adopt their partner's children from an earlier relationship.