Light-projector pictures were ′fake,′ says Saudi Arabian Embassy in Berlin | Germany | News and in-depth reporting from Berlin and beyond | DW | 21.05.2016

In Berlin, Guerilla activists recently bathed the Saudi Embassy in projected messages of protest. DW spoke to the people behind the images and reported on the story. Then, the Embassy denied it had ever happened. 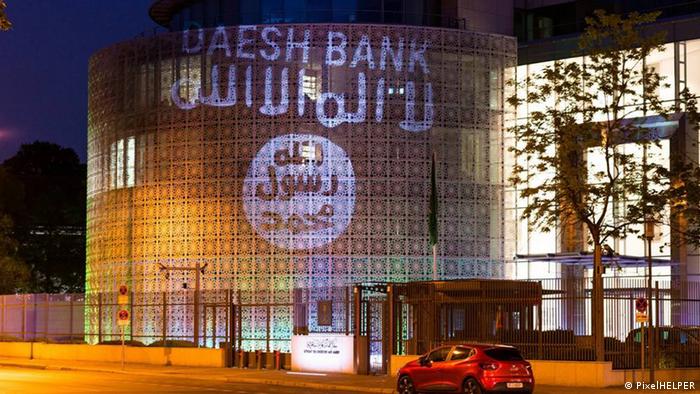 Nearly a week after human rights activists projected an ISIS flag on the Saudi Arabian Embassy in Berlin and the words "Daesh Bank," the embassy posted a tweet to say that the pictures were fabricated.

"The Embassy wishes to point out that, with regard to the image demonstrators projected on the Embassy building with the purpose of damaging Saudi Arabia's reputation, the picture in question is fake."

To the best of DW's verification ability, we very firmly believe the pictures are real and that the Saudi Embassy protest action in fact took place.

After the pictures surfaced on May 13, DW contacted the group that appeared to be behind them, PixelHELPER.

PixelHELPER's social media history showed that the Saudi Embassy action was just one of many similar light-projected stunts the group had conducted. Oliver Bienkowski, the head of PixelHELPER, then sent DW 27 additional photos. One of these showed a projector slide that matched a "#FreeRaif" image projected onto the Saudi Embassy. More importantly, the EXIF data in all of the photographs corresponded to time of the protest action, the photographs showed no signs of content manipulation, and the images had appeared nowhere previously on the Internet. 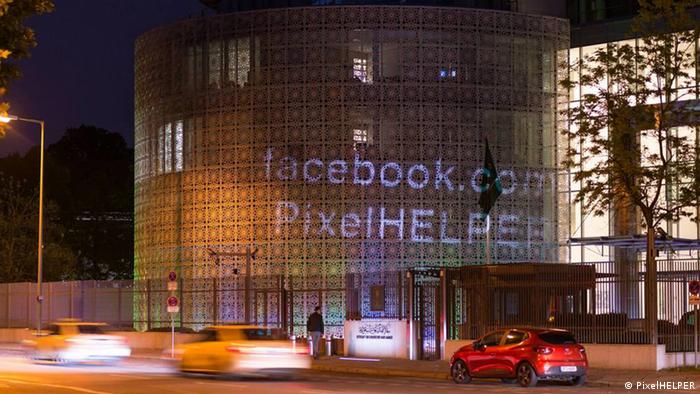 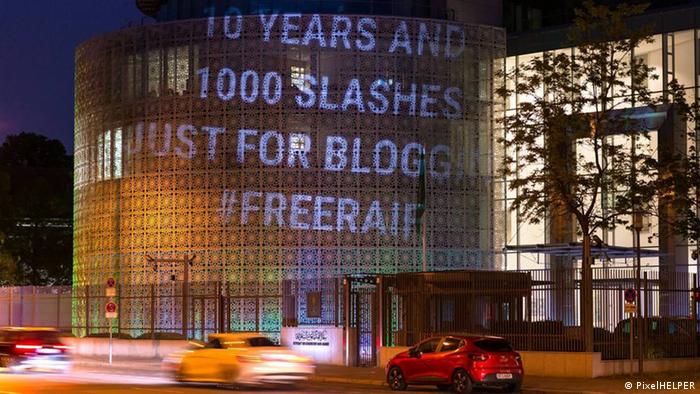 Note as well that the "10 years" portion of the image immediately above extends beyond the building itself; this is also true for an image the group projected onto the Turkish Embassy in Berlin, which depicts the Turkish president as Adolf Hitler. In that picture, the projected light shone on two nearby trees and across a fence (which blocked it) in addition to the building itself. That would be an odd choice for anyone attempting a quick photoshop job, as it would make the task enormously more difficult and would lower the quality of the message. But it would be a common problem for anyone attempting project light onto a surface in real life.

After contacting the photographer, Martin Peterdamm, he informed us that the photographs had been enriched for light/color - which is why it was difficult to see the organization's logo in one of the photos, for example. Otherwise, they had not been modified.

Finally, we sent a DW journalist to the Saudi Embassy to verify that the details of the photographs, including tree foliage and the current state of the signage, matched those in the photos exactly. They did. 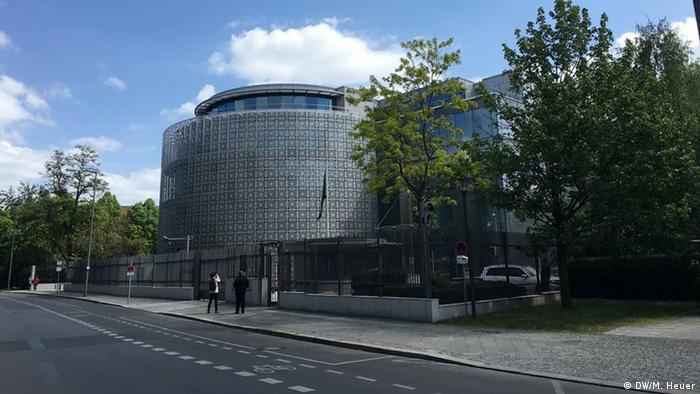 At hat point, we ran our story. It can be viewed here as a web video:

That is where the story would have ended had the Saudi Arabian Embassy not written that the images were fake.

DW felt obliged to write this follow-up because the tweet, coming from an official source, cast doubt on a story we reported as true. It led us to reexamine and scrutinize the evidence we had and to request further documentation from the group behind the light-projector action. The new evidence has solidifed our belief that the protest action in fact took place. Since we were not actually with the group at the time, we will never to be able to say with 100 percent certainty that it did or did not. The evidence, however, strongly suggests it did.

Photographer Peterdamm was also quick to defend his work, responding directly to the Saudi Embassy's tweet.

The group first quoted the Quran, writing "Surat Adh-Dhariyat [51:10] Destroyed are the falsifiers" before including four photographs to support their case.

Here is one of them: 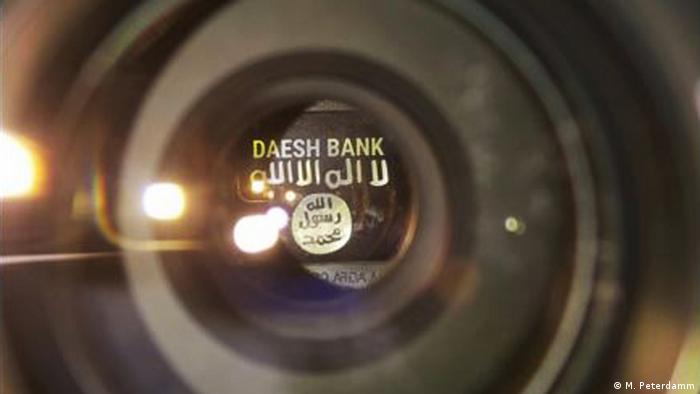 The hashtag #SueMeSaudi is soaring after a source at the Saudi Arabian justice ministry reportedly said he would sue a Twitter user who compared Saudi Arabia to the terror group 'Islamic State.' (30.11.2015)

American Adam Coogle, a researcher for Human Rights Watch, voices some stark criticisms of Saudi-Arabia and its human rights record in an interview with DW's Nina Werkhäuser. (04.02.2016)