Bernstein’s pioneering musical "West Side Story" turned him into a musical icon and, for 40 years, the music world lay at his feet. 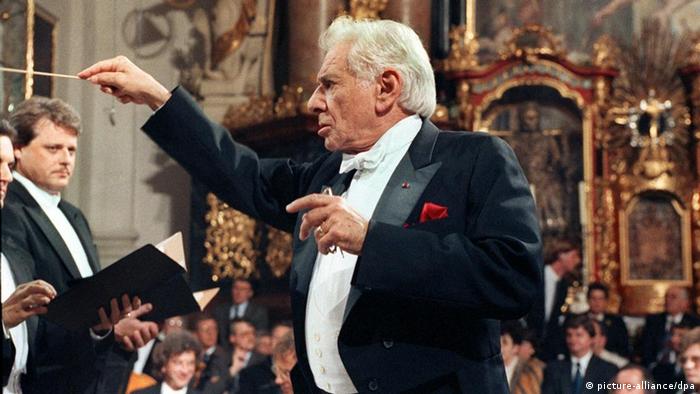 "I cannot live without music," said the gifted conductor and composer Leonard Bernstein.

Leonard Bernstein was America’s ambassador to the world of music. He was one of the most influential musicians of the last century and inspired an entire generation with his music ensembles and symphony orchestras. An influential teacher, a brilliant conductor, a fine composer and an accomplished pianist. A man, who lived five lives and who exuded passion from every pore. Leonard Bernstein’s music reflects the America of the 20th Century. In the 1940s, he played in jazz combos, learning the music of African Americans and the other ethnic minorities that contribute to the basis of his own compositions, along with the melodies of his Russian and Jewish roots. Yet Bernstein the composer was largely overshadowed by Bernstein the conductor. Within just 25 years, he had shot to the top as an orchestral director. The conflict between conducting and composing was to define his artistic existence until his death. And conflict also played a role in his private life: with his family on the one hand and his numerous alleged affairs on the other. Forever in search of fulfillment, Leonard Bernstein remained a perpetual seeker, eternally skeptical. At the same time, his music made millions of people happy. This portrait by Georg Wübbolt, director of the awardwinning documentaries on Herbert von Karajan and Sir Georg Solti, covers the whole spectrum of Bernstein’s life.