The world's largest PC maker, Lenovo of China, has agreed to buy IBM's low-end server business in what appears to be a win-win deal. It's the biggest ever tech acquisition by a Chinese company overseas. 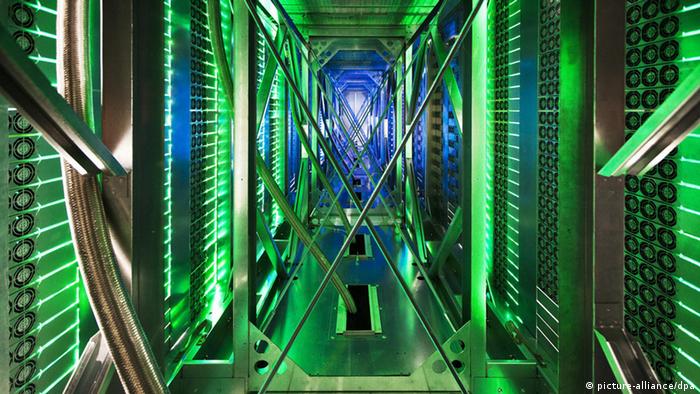 Lenovo said it was willing to pay $2.3 billion (1.7 billion euros) to complete a long-awaited deal with IBM. It added that $2.07 billion would be paid in cash, with the rest coming in the form of shares.

The takeover of IBM's low-end server business underscored the growing clout of China's technology firms as they look to expand overseas.

For IBM, the sale means being able to dump its low-margin x86 server technology for less powerful and slower servers as the US firm continues its shift towards higher-margin business opportunities, including profitable software and services.

For Lenovo, the move is also of strategic importance as it will be able to diversify revenue away from the rapidly shrinking PC market and remodel itself as a growing force in mobile devices and data storage servers.

Lenovo looks set to find it easier to sell x86 servers to Chinese companies as Beijing attempts to localize its IT purchases in the wake of revelations about NSA spying activities.

"What the business is worth to IBM is no longer relevant," Hong Kong-based economist Alberto Moel told Reuters. "The only thing that matters is what it's worth to Lenovo, meaning that if Lenovo can improve the margins it could offset any revenue shrinkage."

Back in 2005, Lenovo bought IBM's ThinkPad PC business, which prepared the ground for the Chinese company to leap to the top of global PC maker rankings.