A German newspaper has published a leaked list from the BaFin financial oversight group that shows German banks are weighed down under 816 billion euros in toxic assets. 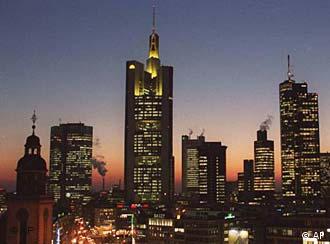 The list from the federal financial supervisory authority BaFin, which details the scope of toxic assets held by German banks, was made public by the Sueddeutsche Zeitung daily.

According to the list, the banks with the worst credit and asset problems include Hypo Real Estate, Commerzbank and several state banks.

Commerzbank's share of the toxic assets amounts to 101 billion euros, with 49 billion of those coming from the recently acquired Dresdner Bank. Hypo Real Estate, which is looking at a likely 90-percent takeover by the German government, has 268 billion euros in toxic assets on its books. 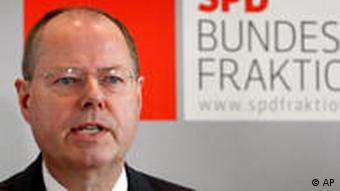 In a statement given to Reuters on Saturday, German Finance Minster Peer Steinbrueck said that no conclusions can be drawn from the figures in the list.

Steinbrueck told Reuters that it was “regrettable" that the list was made public. He said it was "not funny."

Oversight goup BaFin has opened an investigation to try to to find out who was behind the leak.

BaFin has indicated that the status of some of the toxic assets has changed since the list was compiled. The Sueddeutsche Zeitung reported that the information contained in the list dates back to February 26.

The list names several German state banks among those with the most troubled assets, some 180 billion euros. Steinbrueck is scheduled to meet with German state premiers on Monday to discuss the future of the state banks. 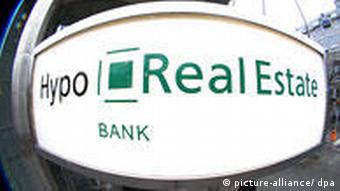 At issue are two potential solutions for the toxic asset crisis. The first involves revaluing the bad assets through a neutral third party, and the other involves collecting the bad assets and giving banks a guarantee against the debt on their balance sheets.

These assets would be backed by the German government, and are reported to be favored by the state banks.

According to a report by the German magazine Der Spiegel, the state premiers are urgently hoping for results at Monday's meeting. However, the government has said it will not likely pass legislation on the so-called "bad bank" solution before the summer, indicating that Monday's meeting is a forum for discussion.

The German government has told Hypo Real Estate (HRE), the biggest German casualty of the world financial crash, that it will obtain a 90-percent controlling stake in the bank by way of an equity issue. (24.04.2009)

The German government wants to finalize a plan to sort out the problem of toxic assets from the balance sheets of German banks by the middle of May. Yet officials are still trying to decide how much the assets are worth. (21.04.2009)

Chancellor Angela Merkel is meeting with top banking and finance officials to discuss ways to remove toxic debt from Germany's major banks. The government has proposed setting up a number of individual "bad banks." (21.04.2009)