By combining a keycard entry system, three Riga schools are monitoring attendance even more closely. However, for a country that has faced harsh surveillance in the past, it hasn't been universally welcomed. 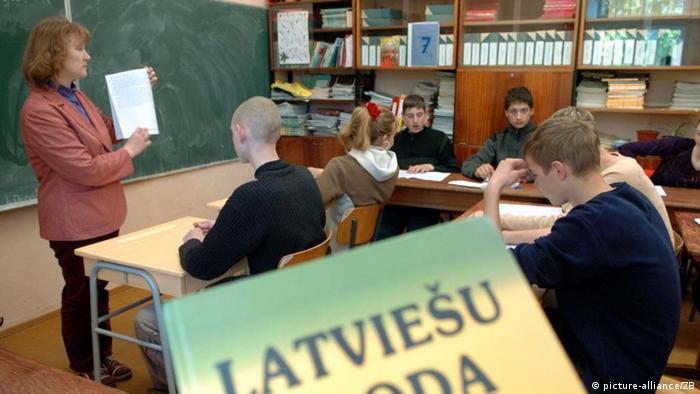 Last month, two Latvian companies – an Internet start-up and an e-ticketing operator - launched a safety feature that combines a recent keycard entry device with a new online attendance monitoring system. This combined keycard access and online tracking seems to be set to expand throughout the Latvian educational system.

Since October, students from three Riga secondary schools have been using their public transport keycard to also gain access to their school. One Latvian and two Russian-language schools have been equipped with turnstiles in a bid to increase school safety. But now, that data is being harnessed by an online app from Mykoob, a Latvian education startup that tracks whether or not students are actually in class.

The system is partly managed by Rigas karte, the same company that established the electronic ticketing system on local transport back in 2008.

"When the student wave the card in front of the turnstile, we identify the card number, it’s a unique number, and we send it to the server of the school," said Eric Morizur, the chairman of Rigas karte, in an interview with Deutsche Welle. "And in this server they can identify who is going in the school or who is going out of the school. There is a link between the serial number of the card and the school students within the school only."

Special software in the turnstiles reads the e-ticket’s number and if the mechanical gate recognizes it, the pupil can get through - outsiders are not able to enter these three schools under this new system.

The company, Rigas karte, manages the turnstiles the integrated software side, while another app receives that data. 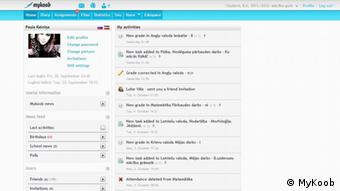 Mykoob is a web-based school management system designed by a Latvian Internet start-up back in 2009. Though there are an increasing number of education-oriented tech tools to help students learn better, few exist that look at whether or not they’re actually in school.

"When you enter school and you don't swipe the card that means that teacher will see you absent at the lesson," said Girts Laudaks, one of Mykoob's developers. "So, you are not interested to get in the school without scanning. It's in your personal convenience and that way the parents can see the information as well. And school can get the analytics."

At present, there are around 500 out of nearly 900 Latvian primary and secondary schools have already voluntarily registered at the Mykoob site. Even without the keycard add-on, teachers and school administrators can manually enter attendance records online.

But, for now, only three of them have so far implemented the combined keycard entry system. 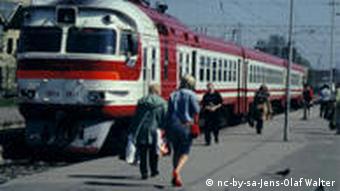 Riga's public transit system has had a keycard pass since 2008

The 49th Secondary School in Riga is one of the three schools testing the new safety system and most kids said they don’t object to being checked on by Mykoob every day. But, not everybody is happy with the software:

"Currently there are quite a lot of bugs in that system and, well, sometimes Mykoob isn’t showing rightly who is present and who is not," said Paul Ancs, an 18-year-old student at the 49th Secondary School.

Ancs explained that sometimes the systems shows he wasn’t in class when he actually was. He can’t edit the information about the attendance himself.

That said, Ancs doesn’t feel like being oppressed or tracked by the technology, as there have always been strict rules for the discipline in the school. It’s been a longstanding tradition for Latvian students to have to clean a classroom or a corridor if he or she comes late.

Some academics are also questioning of the idea of tracking children through their e-tickets. They say that there’s no real acute problem with safety at schools and it’s a step towards a complete surveillance society.

Latvia is especially sensitive to surveillance - the country, along with its two Baltic neighbors, spent about half of the 20th century under the watchful eye of Soviet occupation. 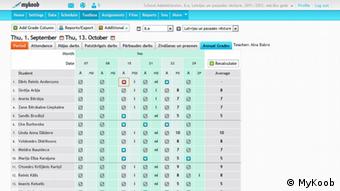 "It shouldn’t be a default measure," said Klavs Sedlenieks, a social anthropologist at Riga Stradins University.

Mykoob and Rigas karte are already planning to widen the functions of the e-ticket and use it as pupil’s ID card and payment card at the school’s cafeteria, too. In fact, the payment card is already undergoing a trial at a tiny school with just 200 kids at Aluksne – a city of just 9,000 people, in northern Latvia, near the Estonian border.

"There is a device which we have installed, a reader - it’s exactly like in the bus," Morizur added. "So, the child is presenting the card within two or three centimeters from the device and on the screen the operator will see – ok, this is the kind of meal for this person."

First, though, Morizur and his colleagues at Mykoob are interested in whether the e-ticket will prove itself as an effective access card at schools.

Germany has refused, for now, to sign the international online anti-piracy treaty known as ACTA. The German government had already agreed in principle, but appears to be wavering in the face of public protest. (11.02.2012)

TechHub Riga is set to open next month, and will offer co-working spaces to local IT firms. It is the second location of TechHub, based in London, a well-known startup incubator and co-working space. (11.01.2012)

A team of scientists have developed an innovative new technology that uses body movements to generate enough electricity to power electronic gadgets. (20.09.2011)