The curtain fell on an important chapter in German history Thursday with the close of a final trial of a former East German official charged with killing a person attempting to cross into the West. 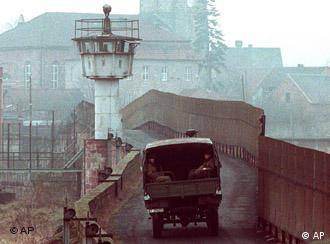 A view of the former Berlin Wall from the eastern side

Over the 15 years ever since the Fall of the Berlin Wall, courts across Germany have sought to bring those people to justice who were in some way responsible for the former Communist East German regime’s shoot-to-order policy at the dividing line between the former Cold War enemies.

Now, the federal court of justice in Leipzig has ended the last of several hundred post-unification trials that dealt with the nearly 1,000 people killed while trying to cross the Berlin Wall or the former inner-German border. 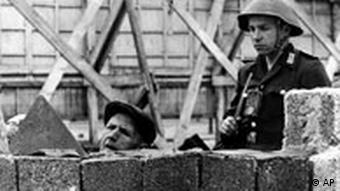 According to East German secret police or Stasi documentation, 916 people were killed while attempting to cross over the border from east to west. Courts in reunified Germany have prosecuted several hundred border guards and officials from the former East German politburo for ordering or carrying out ruthless killings at the frontier line. Most of the border guards were given short or suspended sentences, because they were found to have acted under standing orders. 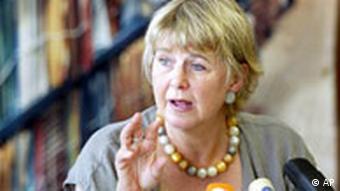 "On the one hand, you clearly have to realize that events and crimes surrounding former East Germany, in particular the heinous activities of the Stasi, no longer arouse the interest of the majority of the German population," Birthler said.

"On the other hand … a lot has been achieved in the past 15 years in trying to bring to justice those responsible for the killings. Most other nations with a dictatorship behind them have taken much longer to come to terms with their recent history,” she said.

This week’s final trial came to an unspectacular end, with a former senior Stasi officer found not guilty on all charges brought against him.

He stood accused at the Leipzig court of justice of having killed 32-year-old Michael Gartenschläger in May, 1976. The judges said they could not rule out that the Stasi officer acted in self-defense as Mr. Gartenschläger was armed when the two met on the border line. As a young man of 17, Gartenschläger was handed a life sentence by a regional court for protesting against the Berlin Wall. He spent ten years behind bars before being ransomed by West Germany, and he crossed to the other side of the Wall in 1971. From the west, he helped other dissidents leave the Communist East. 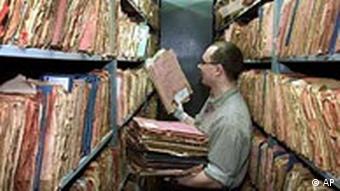 The Stasi archive in Berlin

But what really infuriated the Stasi at the time were Gartenschläger’s activities to get hold of and document the pressure-sensitive self-firing weapons which East Germany installed along the border and which at the time it denied it had.

He was caught in an ambush at the border while trying to dismantle one of those shrapnel weapons and shot by Stasi officer Singer. In the court hearings, though, Singer claimed he was only commissioned to capture Gartenschläger alive and bring him back to East Germany. But he argued that he had shot Gartenschlaeger down in self defense.

Some 15 years after unification, a Berlin court has given one-year prison sentences to two former East German Politburo members, bringing an end to cases against East German leaders involved in the shoot-to-kill policy. (Aug. 07, 2005)