His designated successor is his brother, Crown Prince Sheikh Nawaf al-Ahmad al-Sabah. He had been in hospital in the US since July, following an operation for an unspecified condition in Kuwait that same month. 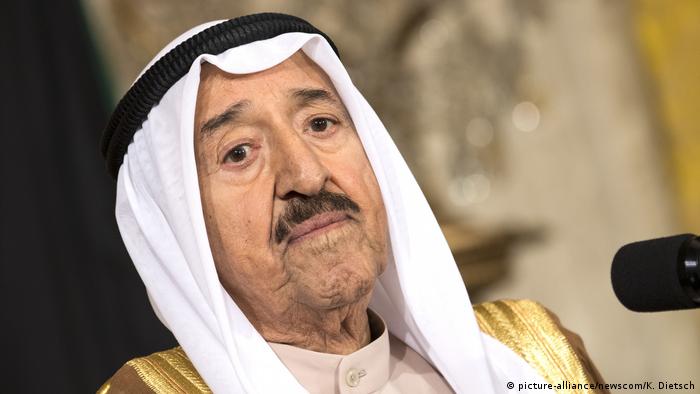 Kuwait's ruling Emir Sheikh Sabah al-Ahmad al-Sabah has died at 91, according to a royal court statement.

Sheikh had ruled the Gulf country since 2006 and directed its foreign policy for more than 50 years. His designated successor is his half brother, Crown Prince Sheikh Nawaf al-Ahmad al-Sabah.

"With great sadness and sorrow, we mourn... the death of Sheikh Sabah Al-Ahmad Al-Jaber Al-Sabah, Emir of the State of Kuwait," said Sheikh Ali Jarrah Al-Sabah, the minister in charge of royal affairs, in a television broadcast.

State television announced his death after playing Quranic prayers. He had been in hospital in the United States since July following surgery for an unspecified condition in Kuwait that same month.

Nicknamed the "dean of Arab diplomacy" after four decades as Kuwait's foreign minister, Sabah tried to resolve an ongoing row in Qatar which he said left him "bitter."

Sabah was also critical of the Saudi-led military campaign in Yemen and took a strong stand for Palestinian rights.

He became Kuwait's foreign minister in 1963 after holding a number of other governmental posts. He would remain in that position for four decades, making him one of the world's longest-serving foreign ministers.

His 2006 ascension to the top post in Kuwait, came after parliament voted unanimously to oust his predecessor, Sheikh Saad al-Abdullah al-Sabah, just nine days into his rule.

"He represents the older generation of Gulf leaders who valued discretion and moderation and the importance of personal ties amongst
fellow monarchs,'' said Kristin Diwan, a senior resident scholar at the Arab Gulf States Institute in Washington who studies Kuwait.

"No question he has suffered from the lack of deference and respect shown by the younger and more brash young princes holding power today," Diwan told the Associated Press.

His successor, Nawaf, who is 83, will likely appoint a new crown prince after a meeting of senior family members aimed at reaching consensus. Parliament would also need to approve the new crown prince.