Researchers at the University of Tübingen have tested a new malaria immunization method that they believe to be 100 percent effective. Peter Kremsner told DW what's special about the new vaccine. 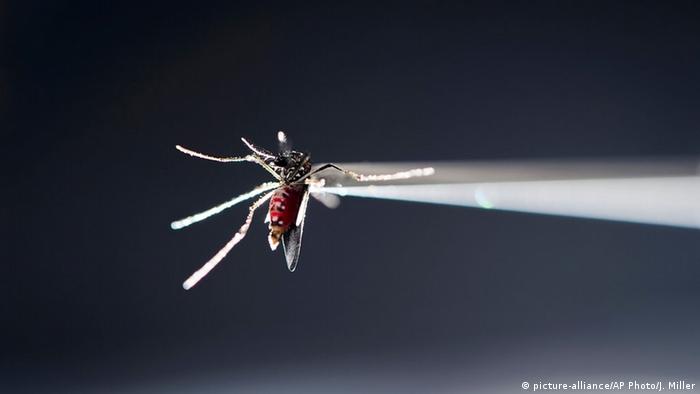 Deutsche Welle: A new malaria immunization method that you tested on 67 healthy individuals was 100 percent successful in the first round of testing. Is this a breakthrough in the fight against malaria?

Peter Kremsner: We sure hope so. The success we had with this new approach to malaria immunization surprised us, too.

New malaria vaccines have been released quite frequently. What is different about your results?

We took the living parasites and put them in a vaccine, which we then gave the individuals together with an anti-malaria drug. That drug is ingested orally. The parasites get into the liver, but the illness only breaks out when they reach the bloodstream - and that's where the anti-malaria drug catches them. It weakens or kills the parasites so that they can't do any harm anymore.

What's the difference between that and the vaccine RTS,S (Mosquirix), which was developed by the European Medicines Agency (EMA) in 2015?

RTS,S consists of parts of the malaria parasite's surface molecule and other added molecules. We on the other hand took the whole parasite and gave it to our test participants with the anti-malaria drug to weaken the parasite. That's a new way of doing things. We moved away from the antigens, which are parts of the molecules that have previously been used for vaccine production against malaria and other diseases. 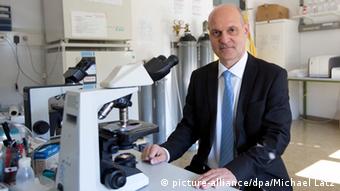 Kremsner in his lab at the University of Tübingen

Why does your method work?

An active component like Mosquirix uses just one part of a molecule. It's a very important one, but still, it might recognize only one part of the parasite as well. Results have shown that Mosquirix worked in only 30 to 50 percent of cases. It was also a breakthrough, because it was the first ever anti-parasite vaccine against malaria that could be used in humans. But it still wasn't enough for us.

With the vaccine using the entire cell, we have the possibility that many different molecules are recognized by the immune system at an early stage. The malaria parasite molecules then trigger an immune response which, as we have shown, is 100 percent protective.

How exactly did your trial work?

Our participants were young, healthy Tübingen residents who had never had malaria before. We injected them with the malaria parasites and gave them the anti-malaria drug at the same time. We tested this in several stages, with different dosages and different time spans in between the injections. It worked well when the participants were injected with a dosage of 50,000 parasites and took the malaria drug at the same time.

You had 67 participants in your trial. How significant are your results?

This is the first study of its kind. Of course the number of participants is small. But we could protect nine out of nine participants in each of our trial groups with this kind of immunization. That's a big breakthrough and we'll continue to work on it.

What exactly are your next steps? 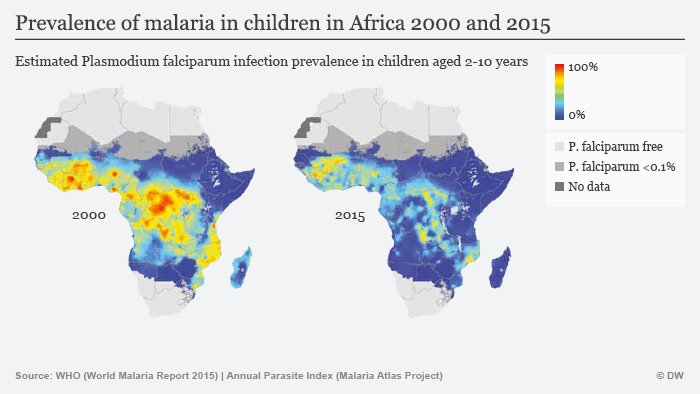 When will your vaccine hit the market?

We're very optimistic and plan to have it ready for licensing in two years.

Does that mean that people who live in malaria areas won't need a mosquito net anymore?

If the vaccine is really 100 percent effective after a single injection, then people can do away with their mosquito nets. But I wouldn't suggest that right away. Plus, mosquito nets also provide protection against other tropical diseases transmitted by mosquitoes, like dengue fever. So you won't be able to give them up entirely.

Peter Kremsner is the director of the Institute for Tropical Medicine in Tübingen in southern Germany. His main research areas are tropical diseases like malaria, filiariasis and schistosomiasis, as well as clinical trials of drugs and vaccines.

A company in the West Africa state of Benin has come up with a plant treatment for malaria. Valentin Agon started making "green medicine" in Benin 25 years ago and has received many awards. (09.06.2016)

On World Malaria Day, the WHO said six African countries could be free of the disease by 2020. Despite this ray of hope, the statistics are still grim and the disease deadly, especially in sub-Saharan Africa. (25.04.2016)