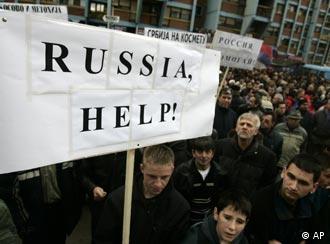 Kosovo Serbs have called for Russian help before

In his blog last Friday, the chairman of the Russian parliament's standing committee on foreign affairs, Konstantin Kossatchov, described it as "a key development in the history of Europe." The Russian foreign ministry has confirmed that thousands of Kosovo Serbs have applied for Russian citizenship. The reason: They fear for their safety. The word out of Moscow was that the applications were being "checked carefully."

Kossatchov doesn't believe that these Kosovo Serbs actually want to emigrate to Russia. He sees it as "a political action," as a cry for help from "desperate people, who have been left in the lurch by the local authorities, Belgrade and Brussels." Kossatchov sees this as confirmation that Russia's position on the Kosovo question was the right one. Moscow strongly criticized Kosovo's unilateral declaration of independence in 2008 and still has not recognized it as an independent state.

Hoping for protection from Russia

The current campaign for Russian citizenship was organized by the Kosovo-Serb organizations "Old Serbia," and "Oath to Kosovo." They say that around 21,000 applications have been sent to the Russian authorities.

The chairman of Oath to Kosovo, Rajko Djurdjevic, told Deutsche Welle that they had since gathered a further 50,000 signatures.

Around 80,000 Serbs live in Kosovo, where the vast majority of the population is Albanian. Pristina and Belgrade are currently involved in talks aimed at resolving practical problems of day-to-day life for the Serb minority. Serbia doesn't recognize Kosovo's independence, but many Kosovo Serbs fear Belgrade could make further concessions to Pristina as Serbia seeks to become a member of the European Union.

"That's why we turned to the Russian Federation to pursue dual citizenship. That would give the Serbs a certain protection," Djurdjevic said. 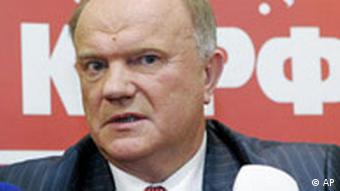 Zyuganov is among the most vocal supporters of the idea

However support for the campaign is mixed. The chairman of the Serbian National Council for Central Kosovo, Dragan Velic, sees the high number of applications as proof that the campaign is justified.

"This is a step to raise international awareness of the serious problems facing Kosovo Serbs," Velic said.

However Randjel Nojkic of the Serbian Renewal Movement sees the campaign as "a farce" and a publicity stunt. He also questions the authenticity of the signatures.

Naturalization in Russia – a difficult process

The Communists and far right populists have been leading calls in Russia for Moscow to give the Serb applications for citizenship the green light.

"The Serbs are very close to us in terms of their language, culture and spirituality," said the leader of the Communist Party, Gennady Zyuganov. Such sentiments have also been heard from the ruling United Russia party.

However it is not easy for foreigners to obtain Russian citizenship. Before one can even apply for citizenship, one has to have lived in Russia for an uninterrupted period of five years. There are exceptions - for former citizens of the Soviet Union, for example. For some time, this has allowed people from the break-away Georgian regions of Abkhazia and South Ossetia to obtain Russian passports.

Anna Filimonova, a Balkans specialist at the Russian Academy of Sciences, believes it is possible that a decision could be made in favor of the Kosovo Serbs. 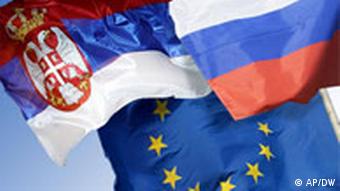 "Personally, I am in favor of it. If they want to obtain Russian citizenship, ways must be looked for to resolve this problem," Filimonova told Deutsche Welle. However, she added that at the same time, the core issue needs to be resolved in a way that respects the rights of Kosovo Serbs. This needs to be done on a political level, she said.

Lydia Grafova, the editor-in-chief of the Moscow periodical "Migration in the 21st Century," disagrees. She argues that naturalizing Kosovo Serbs simply isn't possible under Russian legislation, and dismisses as "hypocritical" calls by members of the Duma for them to be given citizenship. Such statements are "nothing more than a publicity stunt ahead of parliamentary elections in December," Grafova said.

"What people are forgetting is that conferring Russian citizenship on people in foreign lands brings with it certain obligations for Russia," Postavnin said.

It Kosovo Serbs were to become Russian citizens, Moscow would have an obligation to protect them, possibly by sending military forces into the Balkans, Postavnin added.

It could also entail financial obligations, like pension payments. These are just some of the questions that promise to fuel further discussion.

Serbia has taken another step along the long path to membership in the European Union after the EU Commission formally recommended the country be granted candidate status. (12.10.2011)

Chancellor Angela Merkel has appealed to the Serb government to redouble diplomatic efforts with Kosovo. President Boris Tadic, however, has reiterated he will not recognize the former Serb region as a separate country. (23.08.2011)