Scientists in the UK say they have found fragments of one of the world's oldest surviving Koran parchments. Radiocarbon analysis dated the pages of the Muslim holy book close to the time of Muhammad. 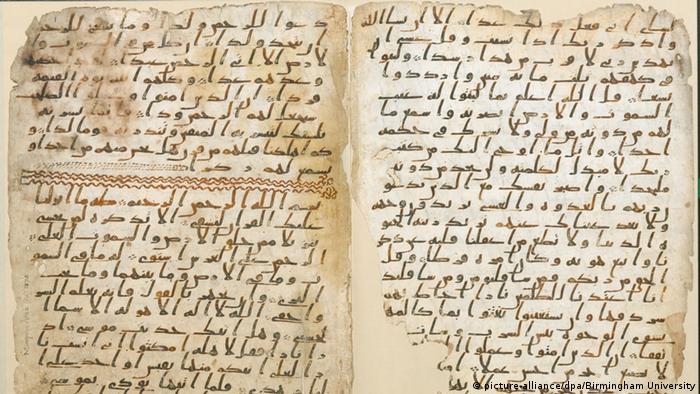 Researchers at the University of Birmingham said Wednesday that new scientific testing had revealed the leaves of text were at least 1,370 years old, making it one of the earliest preserved versions of the Islamic holy book in existence.

"They could well take us back to within a few years of the actual founding of Islam," David Thomas, a professor of Christianity and Islam at the university, said.

Radiocarbon dating found the animal skin parchment came from between 568 and 645 A.D., meaning it could have been around at the time of Muhammad, who is generally believed to have lived between 570 and 632. The age of the ink used on the parchment was not tested.

According to Muslim tradition, Muhammad received the revelations of the Koran between 610 and 632, but it was not written down in book form immediately. Instead, divine messages were compiled on parchment, leaves and the shoulder blades of camels. It was the first leader of the community after Muhammad's death, Caliph Abu Bakr, who ordered the book to be written. The text was completed by the third leader, Caliph Uthman, in 650.

Thomas said the radiocarbon tests - carried out at a laboratory at the University of Oxford - showed that the animal from which the parchment was taken was alive during, or shortly after, Muhammad's lifetime.

"The person who actually wrote it may well have known the Prophet Muhammad. He would have seen him probably, he would maybe have heard him preach. He may have known him personally," Thomas told BBC TV. 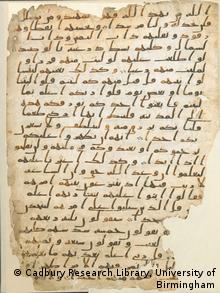 The parchment had been in the university's library for decades

The Koran manuscript consists of two parchment leaves, and contains parts of Suras (chapters) 18 to 20, written with ink in an early form of Arabic script known as Hijazi. The text had long been kept in the university's Cadbury Research Library, but hadn't been bound properly, and for many years had been attached to the pages of a similar Koran manuscript that was not as old.

Susan Worrall, director of the library's Special Collections unit, said she was "thrilled" by the discovery.

"By separating the two leaves and analyzing the parchment, we have brought to light an amazing find," she said.

The manuscript was part of the university's collection of 3,000 Middle Eastern documents. It was acquired in the 1920s by Alphonse Mingana, a Chaldean priest who was born near Mosul in Iraq.

The parchment will be on display at the university's Barber Institute of Fine Arts in October.