Kids make their voices heard in youth legislatures around the world | Germany | News and in-depth reporting from Berlin and beyond | DW | 20.09.2011

Kids make their voices heard in youth legislatures around the world

Around the world, kids are having their say in children parliaments and youth councils. They're helping shape the future of their cities, states and countries, and their own future too. 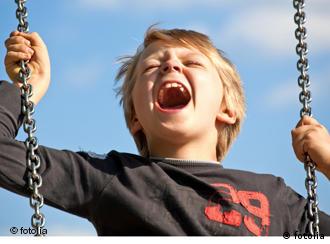 Kids too have something to say about their world

Sitting in front of Florian Rattay is the most casually dressed council in the world. The council members aren't wearing suits; they're wearing jeans, T-shirts and sneakers.

"Ladies and gentlemen, is there an amendment to the agenda?" Rattay asks.

This is the youth council for the German city of Bergneustadt, near Cologne. The 17-year-old Rattay is one of the council speakers. These young people want to have their say about the future of their city, and they aren't willing to leave all the decisions to the grown-ups. 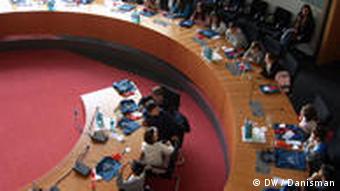 "Now to the first agenda item," says Rattay, who conducts the meeting like a pro. Today the council is discussing plans for a rock concert evening, the results of a citizens' survey and a new competition for the city's schools. The teenagers take the job seriously, making suggestions, debating the issues and voting.

As for the adults, here they're only allowed to sit at the periphery and listen. In this council, the youth are in charge.

They aren't just playing at politics, according to 14-year-old Alexander. "You can have a real influence on what happens in the city. For example, the youth council pushed for a skate park and then it actually got built."

"In the past it was said that children should be seen and not heard," says Rudi Tarneden, a press spokesman for UNICEF. "Now we say we want to know what the children think."

Children and youth parliaments first started more than 30 years ago in France. They started popping up in Germany in the early 1990s and these days almost every big city has one. The representatives are usually between 10 and 18 years old. 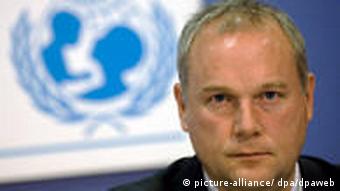 Getting kids involved in decisions is good for kids and society, says Tarneden

Kids aren't just having their say through parliaments and councils. Local politicians want to know how they think a new playground should look. Teachers are asking what music they want to hear at the school party. And parents are giving their kids a vote when deciding where the family goes on its weekend getaways.

"What this means is that it's no longer command from top to bottom but an attempt to satisfy everyone," says Tarneden. It's not always stress-free and can be a challenge for the parents, he adds, "but it does lead to greater self-confidence for the children."

In most countries children are considered minors who have few rights and must do what adults tell them to do. Many don't even have the right to just be children. According to the International Labour Organization, more than 215 million children around the world must work to help feed their families. In some countries they're even forced to fight the wars of adults as child soldiers.

Children may be the foundation of society, but they're rarely asked for their opinion. That's a big loss, says Tarneden.

"A few years ago, in Rwanda, I saw young people at a national conference discussing racism in their country. Among adults it was taboo to talk about the fact that there was still tension between the Hutu and Tutsi," he says.

"But the kids were able to express the fears and aggression that were present in society and they looked for solutions to these problems together."

There's also a children's parliament in Rajasthan, one of the poorest states in India. There, many children must help out at home or work in the fields. Children's education is often cut short and many girls are not sent to school at all. It's a complicated situation and yet even here the children are making their voices heard. 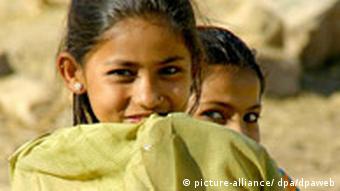 Girls are often undervalued in India, but being part of a kids' parliament can help

Santosh is the fifth leader of Rajasthan's children's parliament, which was set up by an aid organization. During the day she helps her parents and in the evenings she goes to night school.

So far all of the leaders of the children's parliament in Rajasthan have been girls. That's unexpected in a country like India where men are still perceived as more valuable than women. But the boys who have run in the elections have just never gotten enough votes.

For political scientist Roland Roth, this is an example of how children's parliaments in the long run can change wider society. "If early in their lives children and teenagers have the experience that they can make a difference, that they can create something and it's up to them, then these kids will grow up to be good citizens," he says.

Mermaids strap on rollerskates, and dragon's blood tastes just like ketchup. At the Bayreuth Festival, Richard Wagner's "Ring" is geared to kids, tapping into a musical trend. The future looks rosy for children's opera. (11.08.2011)

The final results of a Europe-wide study of children's behavior online are presented in Berlin. Researchers suggest children might be able to help their parents learn how to use the Internet more effectively. (08.12.2010)

Contrary to popular belief, children in Germany have a high appreciation of social values. A new UNICEF report finds that most kids attach great importance to family cohesion, friendship and trust. (08.12.2010)

The everyday life of young people has now been restricted by the coronavirus pandemic for two years. The personal and societal consequences are devastating — and will have impacts long into the future.

Thousands of children survive in the open in the Ugandan capital, Kampala by begging for money. Residents are fed up and city authorities are struggling to keep the youngest among them off the busy streets.

COVID: How many parents will actually vaccinate their kids? 28.05.2021

The early data makes a clear case for vaccinating adolescents. But it's also true that humans have an extremely difficult time making a medical choice on another person's behalf — and sometimes default to doing nothing.