Seven diplomats are kidnapped in northern Mali as African leaders search for a resolution to the country's current crisis. Meanwhile, Tuareg rebels in the North have declared a unilateral ceasefire. 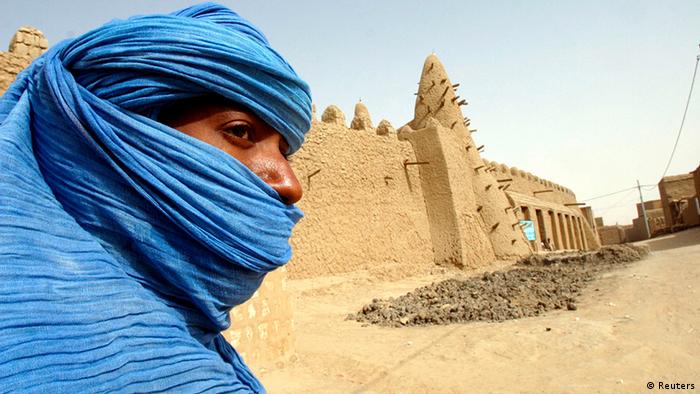 The Algerian consul and six consular staff have been abducted in the northern Mali town of Gao, the Algerian government said on Thursday, raising fears over the growing crisis in the region following the March 22 coup.

"Algeria's consul in Gao and six consular officials were forced to leave the diplomatic mission building. They are currently under the control of parties which we do not know," Algerian Foreign Minister Mourad Medelci said.

Having taken advantage of the chaos following the coup, Tuareg rebels, known as the MNLA, battling alongside Islamist militants who want to impose Islamic law, swept through the North, pushing the army from Kidal, Gao and Timbuktu. The MNLA proclaimed the establishment of an independent homeland, or “Azawad”, state in the North.

A Tuareg spokesman said the separatists had nothing to do with the kidnapping, suggesting instead that Islamists who fought alongside the Tuareg rebels were been responsible.

"The consul and his family were taken this morning from their residence," MNLA spokesman Mohamed Ag Attaher said.

"It was the Islamists, not the MNLA. The Islamists are doing this to sabotage our activities," he said.

Witnesses corroborated these suspicions, reporting that Islamists had seized the Algerian embassy and arrested diplomats.

"I am currently in front of the Algerian consulate in district four in Gao. Armed Islamists have entered the consulate, arrested the diplomats and staff and taken down the Algerian flag to put up their own," one witness said.

Algeria, Mali's neighbor to the North, has been fighting Islamist militants, and Algerian officials are often targeted by al Qaeda's north African branch.

Meanwhile, hundreds have been fleeing the North over fears the Islamists are turning the country into a rogue state, and the Tuareg rebels have announced an end to the combat operations.

In a statement released on Thursday, the Tuaregs announced a unilateral ceasefire and asked the international community to protect their new state, but African nations and world leaders have unanimously rejected the idea of their secession.

The ceasefire came just before a meeting of army chiefs from West Africa's ECOWAS bloc, which was focusing on a deal for military intervention in Mali. The intervention is viewed as necessary by some who fear the increasing chaos has become a security vacuum for al Qaeda to exploit.

Ansar Dine, the Islamist force that the MNLA has operated with, meanwhile, has said it wants to impose sharia law across all of Mali and has thus far not named any limits to how far it will advance.

Mali's spiral into chaos has continued as junta leader Captain Amadou Sanogo shrugs off Western calls for a return to civilian rule.

At the meeting of regional army chiefs, Ivory Coast acting Defence Minister Paul Koffi Koffi said the force had to find ways to "secure the return to constitutional rule and, on the other hand, stop the rebel advance."

On a positive note, regional mediator Burkina Faso's Foreign Minister Djibrill Bassole said an announcement in "the right direction" could be expected soon from coup leader Captain Sanogo, which could lead to a lifting of sanctions currently imposed against Mali.

The Red Cross on Thursday asked that the armed groups in Mali allow aid to be distributed throughout the country.

Mali's rebellion has displaced more than 200,000 people, making the pre-existing humanitarian food crisis in the region that much worse.