Kassel decides to buy obelisk in honor of refugees — but there′s a catch | Culture | Arts, music and lifestyle reporting from Germany | DW | 19.06.2018

Since 2017, the obelisk has stood in Kassel, the German city that hosts the Documenta art exhibition. Now the city has decided to buy it — if it manages to agree with the work's creator on its placement. 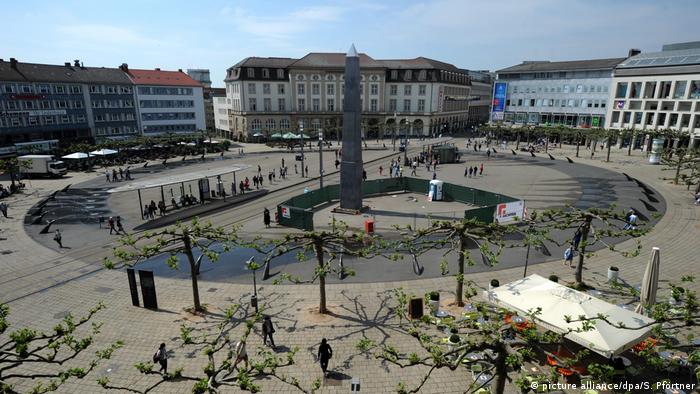 On Monday, the local council in the German city of Kassel decided to buy a monument erected to honor "strangers and refugees" in the city center for last year's Documentacontemporary art exhibition.

However, the final location for the obelisk is yet unclear.

The concrete column, created by US-Nigerian artist Olu Oguibe, bears the words, "I was a stranger and you took me in" written in gold lettering in German, English, Turkish and Arabic on each of its sides. 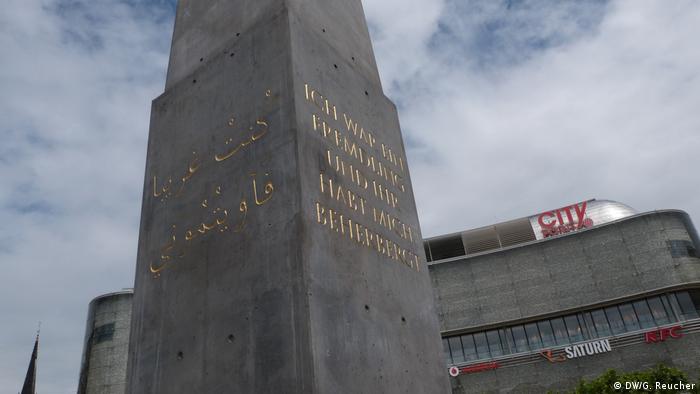 A majority of the city council agreed to the purchase and also set the end of June as the deadline for deciding where it should go, a city spokeswoman said.

However, if creator Oguibe and the City of Kassel cannot come to an agreement on its final placement, the obelisk will be dismantled.

Where to go with it

Oguibe initially insisted that it should remain at Königsplatz (King's Square), as it had been "designed for this location." 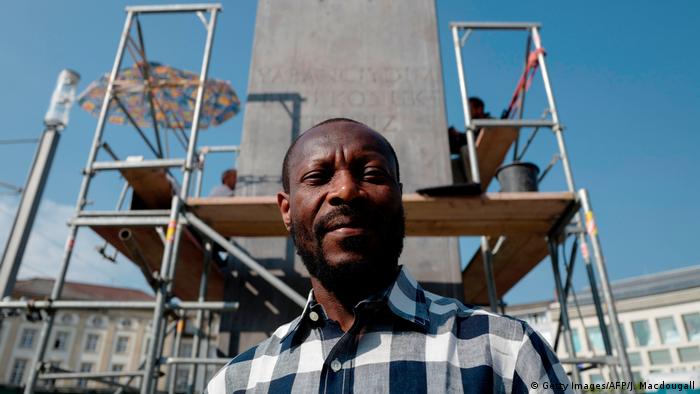 The city rejected the condition, saying it wants to reserve the location for future Documenta exhibitions. The artist later said it could be moved to the Documenta Institute, which is still being planned.

Artworks featured at Documenta, the international exhibition held in Kassel every five years, often become popular among locals and are purchased through donations.

The Kassel fundraiser ultimately fell short of its target, in the end raising only €126,000. Oguibe accepted the sum, however, proposing a compromise on its location.

What is drawing crowds to Germany's documenta art exhibition?

From forbidden books to white smoke, the documenta contemporary art exhibition in Kassel, now at its half-time mark, is presenting fascinating works that are proving popular with visitors - but can also be confusing. (28.07.2017)