The chief executive of Germany's struggling Karstadt department store chain, Eva-Lotta Sjöstedt, has resigned after only 7 months on the job. She blamed a lack of boardroom support for her decision. 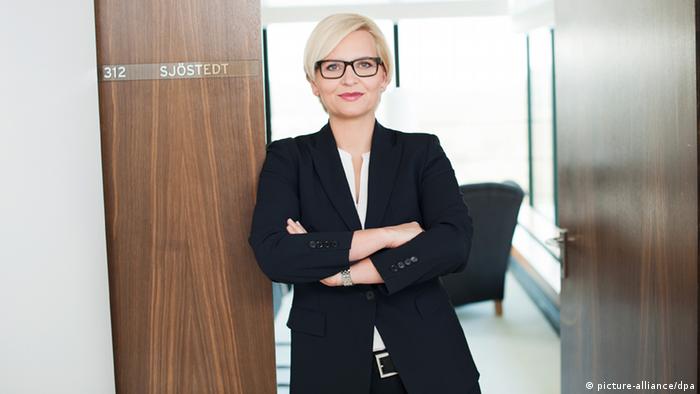 The announcement, which also included a statement by Sjöstedt herself, said the experiences made by the CEO in recent months had led her to step down.

Sjöstedt, a former IKEA manager, was quoted as saying that initially she had enjoyed the backing of Karstadt's German-American owner Nicolas Berggruen for her strategy and investment plan for the ailing retailer.

"After the experiences of the last few months and a thorough assessment of financial data, I've come to realize, however, that basic conditions for my strategy no longer exist," she said in the statement.

In 2009, the German retailer had filed for bankruptcy protection, and was only rescued after billionaire investor Berggruen took over the company, convincing its creditors to take a loss of 2 billion euros ($2.71 billion) on their investment. In December 2013, Karstadt, which operates 83 stores across Germany, named Sjöstedt as CEO, saying her expertise could help the company regain profitability. Still in April this year, Sjöstedt said that 28 million euros had been saved at Karstadt and that the aim of up to 40 million euros in cost cuts for this year were within reach.

However, Karstadt continues to be weighed down by a lackluster climate for department stores in Germany. Its first-half revenue fell 3.9 percent to 1.41 billion euros and the company lost 34 million euros during that time.

In a company statement, Supervisory Board Chairman Stephan Fanderl said Sjöstedt's resignation came as a surprise in very difficult times. He didn't elaborate on the reason given by the CEO for her decision. There is speculation, however, that Karstadt owner Berggruen was unwilling to fund the loss-making department stores any further.

For the time being, Chief Financial Officer Miguel Müllenbach and human resources officer Kai-Uwe Weitz would take over the running of the retailer, the company added.