Belgrade has reaped international praise and its first rewards for taking former Bosnian-Serb leader Radovan Karadzic into custody. But will it clear the way for Serbia to join the EU? Balkans experts say perhaps. 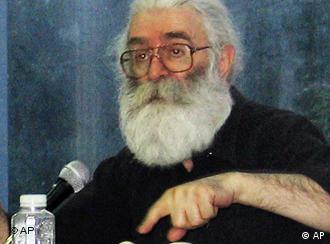 Karadzic had been wanted since 1996 for crimes against humanity during the Bosnian civil wars from 1992-95, and European leaders were waxing euphoric after the news that Serbian authorities had arrested him on Monday, July 21.

"It proves that the new government of Serbia has the determination to turn the page, leave the nationalist past behind and move towards a European future," Rehn told reporters. 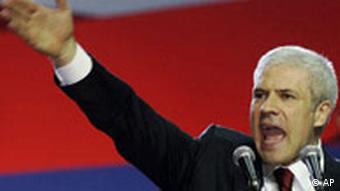 Tadic has Serbia pointed in a firmly pro-European direction

Rehn said that the EU should now start implementing the trade-related part of the Stabilization and Association Agreement with Serbia, which was signed this April.

Senior European leaders, including German Foreign Minister Frank-Walter Steinmeier, were giving much of the credit for the arrest to Serbian President Boris Tadic, who was narrowly elected this February.

"With [Karadzic's] arrest, the new Serbian government under President Tadic has sent an unmistakable signal that they are serious about wanting stability, fair settlements and reconciliation," Steinmeier said in an official statement.

"The Serbian government is showing respect to all the people who suffered under Karadzic and the crimes he's been accused of," Steinmeier added.

Among those crimes is the massacre of some 8000 Muslim men and boys in the town of Srebrenica in 1995. Karadzic is currently being held in the Serbian capital Belgrade, awaiting extradition to the UN War Crimes Tribunal in The Hague. 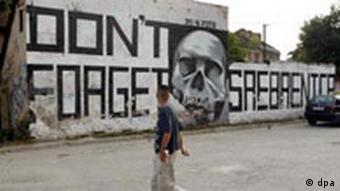 Experts say the arrest, which comes well over a decade after an international warrant against Karadzic was issued, resulted from a tacit deal between the European Union and Tadic's government.

"It's part of a package agreed in Brussels," Dragoslav Dedovic, director of the Heinrich Böll Foundation's regional office for southeastern Europe, told DW-WORLD.DE. "You could say that Tadic received some credit in the form of support during the election and now he's paying back the first installment."

This spring, the EU put aside its reservations about Belgrade's failure to capture suspected war criminals and concluded a partnership agreement with Serbia. It was a move designed to support the pro-European Tadic against his nationalist rivals.

"With the EU partnership, the bloc again underscored Serbia's prospects for joining the European Union some day," said Sascha Tamm, a Serbia expert for the Friedrich Naumann Foundation in Germany.

But Karadzic's capture is not an absolute about-face.

"It's the logical extension of a trend that has been evident for the past two years," Dusan Reljic, a researching expert on Serbia and Kosovo at the Foundation for Science and Politics in Berlin, said. "Around 120 suspects have been turned over to the International War Crimes Tribunal, and some 40 of them have come from Serbia." 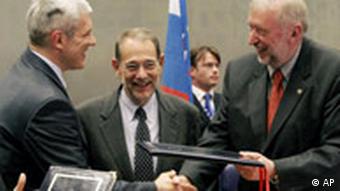 Belgrade would like to begin the process of joining the EU by the end of 2008. But although Tadic may have won friends in Brussels by detaining Karadzic, there's still a long way to go.

"The arrest has done a huge amount to move things along, but the question of Kosovo is still blocking the way," Tamm told DW-WORLD.DE. "The two sides will come closer together, with a prospect of Serbia being offered formal membership negotiations, but before the Kosovo question is settled, there'll be no concrete negotiations."

The majority Albanian province, currently under UN administration, unilaterally declared its independence from Serbia in February. But many Serbs -- and the Tadic government -- say it is an integral part of Serbian territory.

That unresolved situation, however, may ultimately help Belgrade's EU chances. 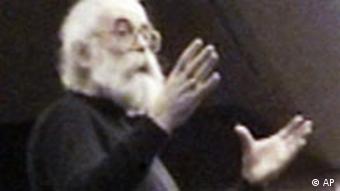 Karadzic's appearance changed drastically since his days in power

"The EU will integrate Serbia more vigorously for two reasons -- because it has a strategically central location in the Balkans and because that's the only solution to Kosovo," said Dedovic.

And the pressure on Belgrade to apprehend other war-crimes suspects such as Karadzic's main general Ratko Mladic is -- if only temporarily -- off.

"The EU's condition about capturing and handing over Mladic will be ignored for the time being," said Reljic. "And we shouldn't forget that they rely on the help of Western intelligence agencies."

Firmly in the saddle 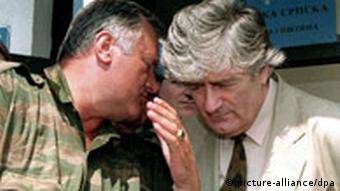 At the very least, Karadzic's arrest shows Tadic's ability to steer a diffuse and often difficult collection of interests in a pro-European direction.

"Tadic has demonstrated his new power," said Dedovic. "He's kept the socialists satisfied with enough positions in the government so that they would accept the arrest -- the jobs were more important than ideology."

And Serbia's president also seems to have gotten Serbian authorities, often accused of protecting suspected war criminals, on his side.

"He's overcome resistance within Serbia's own security forces, and that's crucial," said Tamm. "After all Karadzic was found in a Belgrade neighborhood." 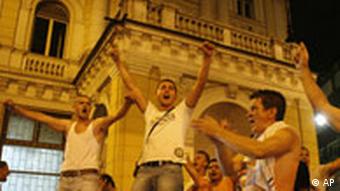 Tadic still only has a slim majority, but his position has been strengthened.

"I was in Serbia two months ago, and there's perhaps more support for Karadzic's arrest than for the government itself this spring, because some pro-Europeans were angry about Kosovo," Tamm said.

And many Serbians just want stability.

"For Serbians, no news is good news," said Dedovic. "People are fed up. The just want some normalcy and are willing to accept some extraditions."

Opinion: Karadzic Arrest is Only the Beginning

The international community has welcomed the arrest of Radovan Karadzic. But now that the true story looks set to come out, some people will have a lot of explaining to do, says DW's Benjamin Pargan. (22.07.2008)