″Kant is the most influential thinker of the Modern Age″ | Culture | Arts, music and lifestyle reporting from Germany | DW | 12.02.2004

"Kant is the most influential thinker of the Modern Age" 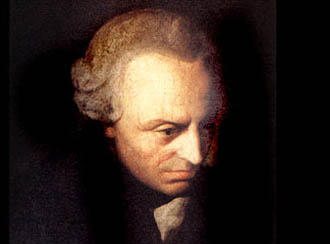 On Wednesday Fischer travels to the Russian Baltic enclave of Kaliningrad where he will install the first German consulate in office. While visiting in the former Prussian town of Königsberg, Fischer plans to visit the grave of one of Germany's greatest philosophers and a native son of the town, Immanuel Kant.

Fischer is a great admirer of the author of Perpetual Peace and Critique of Pure Reason and a firm believer in many of the philosopher's theories. DW-TV caught up with the foreign minister and asked him what Kant means to him personally.

Joschka Fischer: He's one of the great philosophers. I've read all his important works and I believe the influence on political thinking of, for example, his seminal work Perpetual Peace is once again apparent in current discussions. Kant's ideas, his practical philosophy, his ethical theories such as the categorical imperative and his Critique of Pure Reason, had a lasting influence on Western thinking that goes far beyond the German-speaking world.

In Perpetual Peace, Kant lays out his concept for a world government. Is the U.N. borne out of Kant's theories?

I do believe that Kant is the most influential thinker of the Modern Age. So even though he may not have been thinking of a specific body such as the U.N., he did consider the effects of a world state based on a union of countries. You can see how a lot of Kant's ideas helped shape the U.N., and Perpetual Peace is definitely steeped in the spirit of global governance.

Which aspects of Kant's thinking are still relevant to politicians today?

The obvious answer would be in matters of moral law. But if you want to avoid obvious answers, then one could cite his emphasis on reason, and the importance of maintaining a rational view of the world while also recognizing the limits of reason. I think the most important lesson that politicians can learn from Kant is that our world is a rational one. The principle that it's based on an ethical foundation is part of that, as is accepting the limitations of reason. Politicians have to be aware that sometimes people act irrationally, and they have to be prepared for this eventuality.

Russian intellectuals have a very different response to Kant. Is he too rational and German?

I couldn't say. I'm not an expert. But I always wanted to go to Königsberg (Kaliningrad) and see Kant's grave. And now I'm actually going to, because the Consulate General is opening the same week as the 200th anniversary of his death. He's been one of my biggest influences, along with Hegel and Marx. Like I say, Kant subscribes to the theory of a rational world. He's a highly modern thinker!

In Kaliningrad there's a cult of Kant, especially among young people. What do you think of the idea of renaming Kaliningrad Kantgrad?

That's something that they'll have to discuss and decide themselves. I'm not going to comment. But I'm looking forward to the visit.

The EU and Russia acheived a breakthrough over the Russian enclave of Kaliningrad, but President Putin stuck to his guns in the matter of the troubled region of Chechnya. (Nov. 12, 2002)

Life and works of Immanuel Kant