The comedian has delivered an emotional plea to US lawmakers on behalf of first responders running out of time and money. He attacked Congress for its hypocrisy and lack of shame. 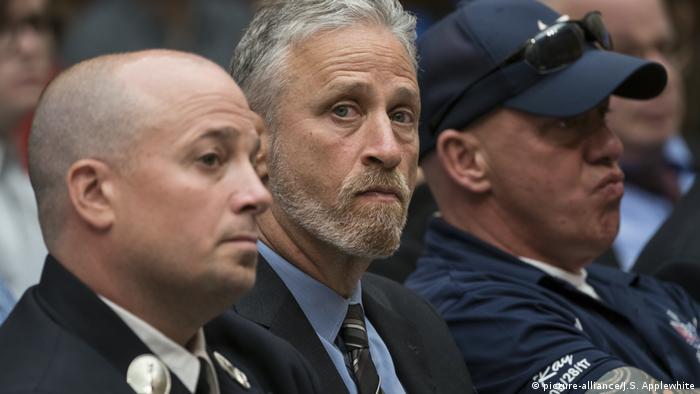 Addressing the House Judiciary Committee at the US House of Representatives on Tuesday, comedian Jon Stewart attacked members of Congress with righteous indignation over their inability to ensure that compensation for 9/11 first responders would be funded into the future.

Stewart, who has been a vocal advocate for the men and women injured as a result of their work providing emergency services after the September 11, 2001 terror attack on the US, was emotional as he sat before number of them and addressed a largely empty dais.

'An embarrassment to the country'

Stewart, a former host of "The Daily Show," called the low number of lawmakers in attendance, "an embarrassment to the country and a stain on this institution." He railed against the "disrespect" that lawmakers were showing to heroic responders as "utterly unacceptable."

He chastised politicians, saying, "this hearing should be flipped, these men and women should be up on that stage, and Congress should be down here answering their questions."

Stewart also called out those lawmakers carrying their patriotism on their sleeve, those who tweeted out things like, "Never forget the heroes of 9/11."

He asked where those politicians were when first responders most needed them, adding, "It would be one thing if their callous indifference and rank hypocrisy were benign, but it is not. Your indifference cost these people their most valuable commodity, time."

He noted that the official response time for police, firefighters and first responders on 9/11 was five seconds, yet through lack of compassion, lawmakers have been unable to secure funding for their needs some 18 years on. 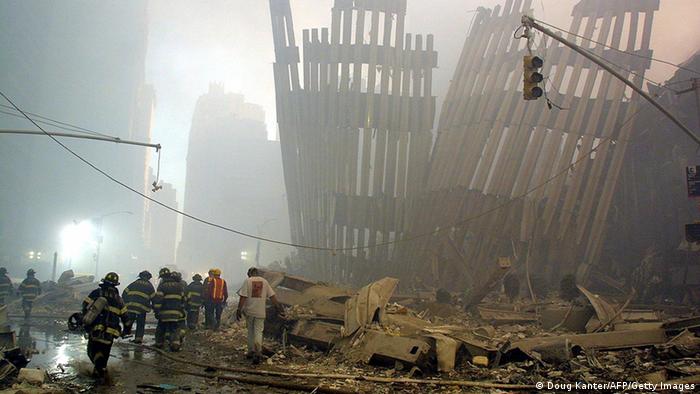 Firefighters work their way through smoldering rubble on September 11, 2001

Running out of money, and time

At issue is whether Congress will act to authorize financing for the September 11th Victim Compensation Fund (VCF) that covers illnesses related to those attending to victims at the World Trade Center, the Pentagon and Shanksville, Pennsylvania after the terror attacks.

More than 40,000 people have applied for aid since the fund was set up, and another 21,000 cases are pending. Some $5 billion (€4.4 billion) in benefits has been paid out of the $7.4 billion fund, yet the Department of Justice recently announced that benefits may be cut by up to 70% in the near future as it is rapidly depleting.

'Why is this so damn hard?'

Rupa Bhattacharyya, who oversees the fund, said, "The plain fact is that we are expending the available funds more quickly than assumed, and there are many more claims than anticipated."

New York's World Trade Center smoldered for months after the attacks, belching toxic fumes and dust as first responders searched for victims and cleared debris. Many of those involved immediately suffered respiratory illness, and many have developed various forms of cancer.

Stewart, with tears in his eyes, had one simple question for lawmakers, "Why is this so damn hard?"