Join Nico and his friends to learn German

German is one of the 10 most difficult languages in the world, according to UNESCO. But DW's new free online language course follows in the footsteps of newcomer Nico Gonzalez to make learning German a lot of fun. 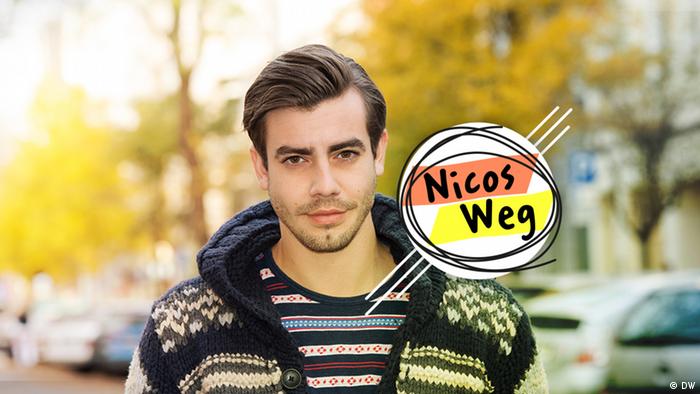 Nico Gonzalez is a newcomer to Germany, to the local language and the country's many different customs. Every year, hundreds of thousands of people who come to Germany and want to become part of the society share Nico's experience. And now Nico has become an important ally since they can now learn German with his help.

Nico is the protagonist in "Nicos Weg – German made easy," the new self-study German language program DW devised in cooperation with the Federal Employment Agency.

"This online course is definitely more entertaining than any school book, and perhaps even any other standard e-learning or online class on the market," says André Moeller, head of DW's educational programs.

Learning as a fun distraction

It's based on an innovative concept, a video novela with more than 200 episodes that show Nico's everyday life in Germany. In every episode, the program offers interactive exercises to practice and improve language skills. The lessons – the equivalent of about three textbooks – include 14,000 exercises, 12,000 words and 19,000 audios.

Learn German with Nico for beginners

What sounds like a lot of work doesn't feel like work at all, says Florian Wünsche, the young man who portrays Nico.

"This is the best way to learn a language because we use diversion as a stylistic device," he says, adding that students will be distracted by a nice film or a good article, whereas in reality, these elements are the program, allowing students to learn German in a playful way. 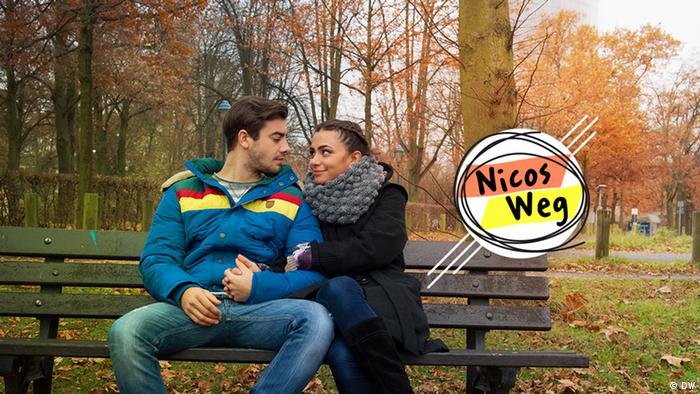 Learn German with Nico and his friends

The learning method also promises to be successful from a scientific point of view.

Hermann Funk, a professor at the Institute for German as a Foreign Language at Jena University, advised the makers of "Nicos Weg" and he believes in the concept. "The story of the friendly role model Nico is a very good basis for students to stay involved and be motivated to learn the complex rules and structures of the German language," he says.

Suitable for any level – on any device

"Nicos Weg" is suitable for anyone who wants to learn German.

"The program is aimed at letting people who don't know German participate in social life in Germany," André Moeller says. But it's just as useful for people with an advanced knowledge of German – an initial entry-level test will help students determine their language skills, and where to start the course that covers language levels A1 to B1. A personalized login records the individual student's progress.

Using "Nicos Weg" on a smartphone makes a lot of sense – it's always on hand, and students can complete a quick language session on the bus or the train using either German, English or Arabic as the basic language. The episodes mainly focus on work-related issues and the job market, but also include insights into Nico's day-to-day life.

Ready to start? Go to www.dw.com/nico

Beyond words: Instagrammer teaches German through a creative lens

A photographer who runs the @basicgermanwords Instagram account, Martin Widenka knows how many words a picture is worth. His refined images promote German language learning with an artistic eye, as he tells DW. (27.09.2017)

There are two ways to say "you" in German and using the wrong one can lead to some serious misunderstandings. Kate Müser finds out how to avoid "du" and "Sie" faux pas - and learns that Germans make mistakes, too. (22.02.2017)