The head of the Catholic Jesuit order in Germany on Monday asked for forgiveness for mounting cases of child sex abuse cases that allegedly took place at a Berlin school in the 1970s and 80s. 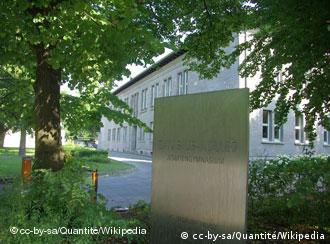 Berlin's Canisius College is at the center of the scandal

The head of the Jesuit order of Germany issued a statement on Monday apologizing for alleged sexual abuse in the 1970s and 1980s at Berlin's Canisius College.

"I beg forgiveness for that which was neglected in terms of looking closely and reacting appropriately by those responsible in the order at the time," Stefan Dartmann said in a statement.

After five of the school's former students informed school director Klaus Mertes of the abuse, several more people have come forward and reported similar incidents from their time as pupils.

Twenty victims were former students at the prestigious Catholic institution, while three others are from a school near Hamburg and two more from the southern Black Forest region.

Dartmann added that reports of sexual abuse had reached the Jesuit order in Germany as early as 1981, but no action was taken.

"I'm ashamed that nothing was done back then," Dartmann said. "I also ask for forgiveness that the leaders of that time did not take the necessary steps to examine exactly what was going on and react appropriately."

Dartmann said he could not rule out the possibility of more victims in addition to those who have already come forth.

The allegations of sexual abuse center around two men, one a former sports teacher and the other a former religious studies teacher. The sports teacher has admitted to the abuse in an open letter to the news magazine Spiegel, while the other man denies the charges.

A former teacher at a Catholic school in Berlin has admitted to sexually abusing pupils in the 1970s and 1980s. The school's director has strongly criticised the church for turning a blind eye and warns of new cases. (30.01.2010)

An Irish judicial inquiry has found that for decades Dublin’s Roman Catholic archdiocese covered up the widespread sexual abuse of children by priests. (26.11.2009)

A German priest who has admitted that he molested boys while working at a boarding-school in the 1970s has been removed from office by Pope Benedict XVI. (22.07.2009)