Yet another Australian in Berlin, who is lucky to have a pretty cool job. I love the challenge of live news and putting important stories to air and on social media. 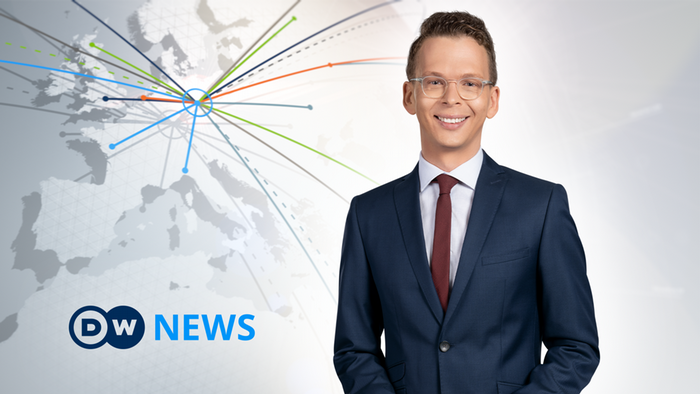 Languages:
English and German. Working at DW also ‘helps’ your Denglish - a wonderful, confusing mix of Deutsch and English. From time to time, I crack out a few bad words in Swedish to embarrass my partner (while trying to learn the language properly).

Degrees/Journalistic experience:
BA in journalism. Before DW, I was a national radio news presenter and producer at Australia’s public broadcaster, the ABC. I got to help cover major events for listeners - federal leadership turmoil in Canberra, natural disasters like the Christchurch earthquake and Japan’s Fukushima disaster, as well as the death of Osama bin Laden, to name a few. I also worked on the broadcast desk at AAP, Australia’s news wire. My first proper job was as a reporter at a trade publication for doctors.

With DW since:
2012. I began as a newsreader for DW’s radio news, while working as a reporter and editor for dw.com. I moved to the TV newsroom in 2014. I also produce DW’s flagship current affairs show, The Day, and am a video editor with the social media team.

My personal hero:
Aside from my parents, who are kind, funny and hardworking, it would have to be the eastern German family I had the chance to live with as an awkward teenager. They have lived through enormous change with strength and resilience. I’m lucky to still be very close with them.

What do I strive to be as a journalist?
I’ll borrow a quote from one of my journalist heroes, Leigh Sales: “I go into every interview thinking: ‘What would a fair-minded, reasonable person sitting at home like to know from this guest?’” This is what I aim for - trying to keep well informed so I can ask questions that produce decent answers.

7 things I particularly love about news

President Donald Trump's pick Amy Coney Barrett gives the US Supreme Court a bigger conservative majority for years to come. Professor Mary Ziegler wrote the book "Abortion and the Law in America: Roe vs Wade to the present". She tells Brent Goff on The Day that Barrett was picked to overturn America's abortion laws .