The conservative Liberal Democratic Party appears to have won Japan’s parliamentary election in a landslide. Two of the country’s leading broadcasters have projected an absolute majority for the party. 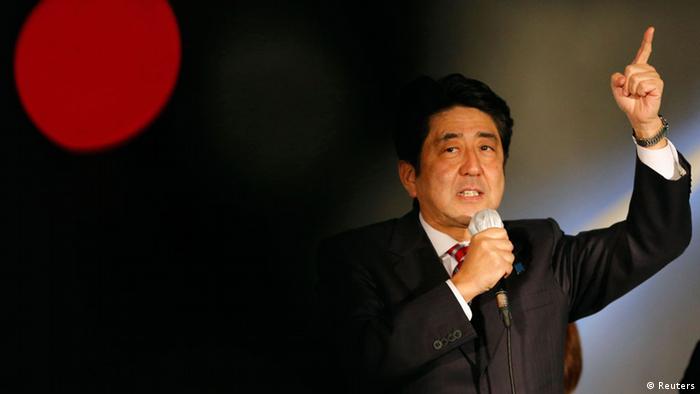 Public broadcaster NHK predicted that the Liberal Democratic Party (LDP) would win between 275 and 310 seats in the legislature, compared with just 55-77 seats for Prime Minister Yoshihiko Noda's Democratic Party of Japan. It said it based these projections on its own exit polls.

The NTV network also predicted a majority for the LDP, which has ruled Japan for most of its post-war history.

If confirmed, the results would pave the way for a return to the prime minister's office of Shinzo Abe, who previously served as premier from 2006 to 2007.

NHK also projected that the LDP’s ally, the New Komeito party, would win 27 to 35 seats. Senior executives from the two parties had met earlier and confirmed that if they won a combined majority, they would form a coalition.

Japan's long-standing party of power has polled well ahead of elections. Amid disappointment over failed reforms, the country is braced for a shift to the right which could go further than anticipated. (14.12.2012)

The projected totals would give the two parties a two-thirds majority in parliament, which would allow them to over-rule the upper house, which otherwise has the power to block draft legislation.

A return to power by Shinzo Abe is expected to usher in an era of a more assertive Japanese foreign policy. During the campaign, Abe pledged to improve ties with Japan’s already close ally, the United States, and take a tougher line in a row with China over a group of uninhabited islands in the East China Sea.

Abe also pledged to take a number of steps aimed at jump-starting Japan’s sluggish economy, including a major increase in spending on public works.
He also espouses a pro-atomic energy policy, despite increased concerns among the Japanese public about the safety of nuclear energy, following last year’s Fukushima disaster.