There have been renewed calls for the Indonesian government to open an investigation into the detention and torture of two Papuan farmers at the hands of Indonesian military in 2010. 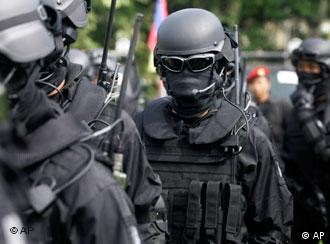 In a video recorded by mobile phone and posted on the Internet, the Papuan farmer Tunaliwor Kiwo, can be heard being tortured allegedly by the Indonesian military in the province of West Papua last May.

Naked and bound, Kiwo screams as his captors, wanting information on weapons, torture him and call for him to be burnt. Later on, another farmer, Telangga Gire, is seen with a knife placed against his throat as he lies on the ground.

The video, which came to light in October last year, immediately led to calls by rights groups for the allegations to be investigated.

This week, the Indonesian National Commission on Human Rights has submitted a preliminary report for police and military investigation into another case of rights abuse in the province.

The commission said that there were at least three known cases of torture last year in West Papua, which has been part of the Indonesian Republic since 1969. "We can say for sure that members of the military grossly violated human rights," the head of the commission, Ifdhal Kasim, said on Tuesday. "They killed, arrested and tortured people. They were brutal and disregarded human rights. The interrogation methods and punishments were inhuman."

The central government keeps tight control over the province, with over 50,000 troops posted there.

A Papuan student in Bangkok, Donnie Kasipdana, said the military has always been a threatening presence and he was afraid when he still lived there.

"The Indonesian army always kills people so my mother and father brought me to the jungle when I had just finished school," he recalled. "The Papuan people are not free, they want to live, and they want to be free to live."

Calls for international pressure on Jakarta

"There has to be a concerted effort by the Australian government, the US government, and other embassies in Jakarta backed by their capitals to press the government of Indonesia," said deputy director of Human Rights Watch's Asia Division, Phil Robe. 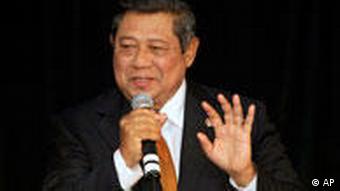 "You can't just leave such an egregious video showing soldiers torturing two farmers out there and not resolve it. It has to lead to a full comprehensive and important investigation and if people are found to have been involved with this they should be prosecuted," he said.

He added that Australia had to put pressure on Jakarta to reform its Special Forces units otherwise Australia's credibility as a country that respects rights would be called into question.

Arko Hananto Budaidi, a political counselor at the Indonesian Embassy in Bangkok, said such measures were already underway.

"The military has been in a process of reforming itself and much has been done, but more needs to be done as it is slow. We are working at our pace so as hopefully not to disturb the whole nation but we are getting there," he said.

The video shows Indonesian security personnel in uniform torturing two suspected separatist rebels in the West Papua region. It is neither the first video, nor the first accusation of its kind. (19.10.2010)

A report published by Human Rights Watch this week has once again highlighted the continuing influence of the military in Indonesia. More than 10 years after military dictator Suharto was forced to leave office, the armed forces still control a considerable business empire. Behind the scenes, they also retain a say in politics. (15.01.2010)

Indonesia's national police force has marked its 63rd anniversary. In a speech at the formal ceremony in Jakarta on Wednesday, President Susilo Bambang Yudhoyono praised the police's performance but fell short of mentioning anything related to recent concerns raised by rights groups over alleged abuses by the police. Last week, London-based rights group Amnesty International accused the Indonesian police force of torturing detainees. (01.07.2009)