Voters have overwhelmingly backed new constitutional reforms, according to official results released on Tuesday. However, the plebiscite was marred by low turnout after opposition leaders urged a boycott. 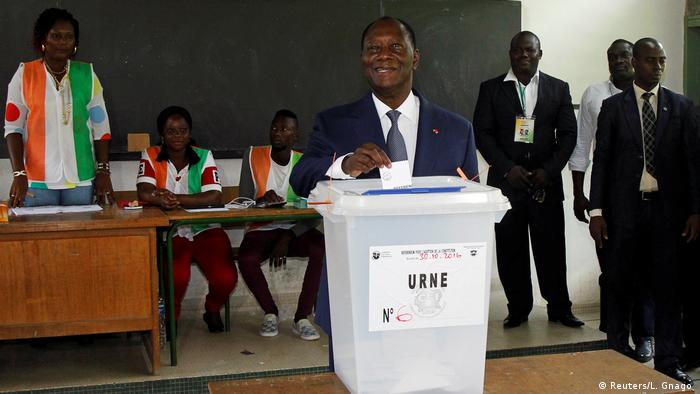 Some 93 percent of Ivorians voted to pass the plebiscite, which centered around national identity and legitimacy. Turnout was around 42 percent, the elections commission president Youssouf Bakayoko said on Tuesday.

The result marks a significant victory for President Alassane Ouattara, who had argued that the new constitution would turn the page on a decade of civil unrest, capped by a post-election civil war in 2010.

However, opposition leaders had urged their supporters to boycott the referendum, branding it as a ploy for Ouattara to further enrich his ruling coalition. This likely accounts for the low turnout and the high margin of victory. The opposition argued that the turnout numbers demonstrates a lack of support for the new constitution.

However, there was no turnout threshold for the vote to be valid, meaning the reforms were always likely to be passed.

A vote on national identity

The plebiscite's most controversial amendment centers around the clause on national identity and legitimacy. The clause currently dictates that both parents of a presidential candidate must be born in the Ivory Coast and have not sought nationality elsewhere. 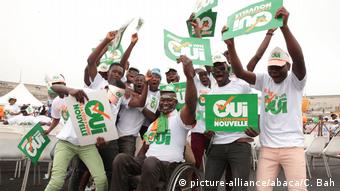 Voters supporting the new constitution campaigned and turned out in force

Ouattara was born in Dimbokro in central Ivory Coast, but his father was from Burkina Faso, where the president did most of his schooling. This has recurrently fed controversy over his national identity, even forcing his candidacy for the presidency to be rejected on two occasions, in 1995 and 2000. Ouattara took the presidency on the back of a major offensive led by northern ex-rebels during the 2010-11 civil conflict.

Ouattara is married to Frenchwoman Dominique Folloroux-Ouattara, leading critics to describe the referendum as a "monarchistic tactic" and claim that President Ouattara was lining up a successor for when his term ends in 2020.

Many Ivorians have praised Ouattara for his economic record. After a decade of unrest, the president has pressed a significant developmental agenda, which has seen investment pumped into the war-scarred economy.  Ouattara has also seen overseen major infrastructure works, including new roads, bridges and dams. 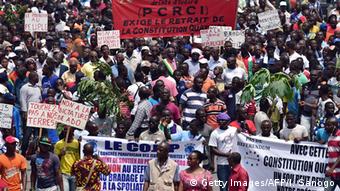 Opposition leaders and supporters see the reforms as a "monarchistic tactic."

However, critics have slammed the president's methods, labeling him as a dangerous authoritarian.

Many seafront communities and districts prone to landslides have been razed and their residents evicted.

Right groups have also attacked the detention of political opponents ahead of last October's presidential vote. They also point out that little justice has been meted out to members of his own camp, in particular those that helped bring him to office amid the 2010-11 civil crisis.

Architecture in Ivory Coast - Back to the future

Modern architecture boomed in Ivory Coast shortly after independence in 1960. The country now wants to recapture the spirit of that era with a new Ivorian School of Architecture and fresh ideas for urban development. (25.10.2016)

Nord Stream 2: US lawmakers agree to widen sanctions on Russian-German pipeline 3h ago

US: Two Marshals, suspect shot in New York 5h ago

ICYMI: Stories to put a smile on your face 6h ago