The 2010 Nobel Prize for Physiology or Medicine has been won by British physiologist, Robert Edwards for his work in the field of in vitro fertilization. 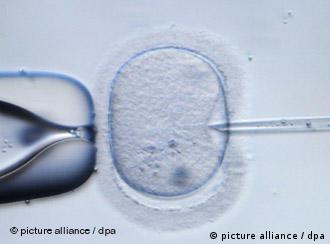 In a statement released on Monday, the Nobel Assembly at the Swedish Karolinska Institute said the contributions of Britain's Robert Edwards represented "a milestone in the development of modern medicine."

Edwards first started working on human fertilization in 1968, since which time the practice has touched, changed and given birth to millions of lives.

"His achievements have made it possible to treat infertility, a medical condition afflicting a large proportion of humanity including more than 10 percent of all couples worldwide," the statement continued.

Edwards, himself born in 1925, began his scientific career studying plants but quickly came to realize he was more interested in animal reproduction, a field which ultimately led to his co-founding one of the first IVF clinics in the world.

He worked closely with the gynecologist Patrick Steptoe, who died in 1988, and between them they battled through the opposition from churches, governments, the media and fellow scientists to prove the merit in what they were doing.

That proof came in 1978, when Louise Brown, the first test tube baby was born. Their pioneering efforts not only spawned generations of IVF babies but also laid the groundwork for pre-implantation genetic diagnosis which allows scientists to test embryos for defects before they are implanted into the mother's womb.

The Pill at 50 - qualified success in the developing world

Fifty years ago a medicine was approved for use in the United States that changed the lives of women -- the birth control pill. It's had an impact in the developing world as well, although hurdles to access still remain. (07.05.2010)