Michele Ferrero, the Italian who built up the chocolate empire of Nutella and Ferrero Rocher, has died. His son, Giovanni, takes over the family business which employs 22,000 people. 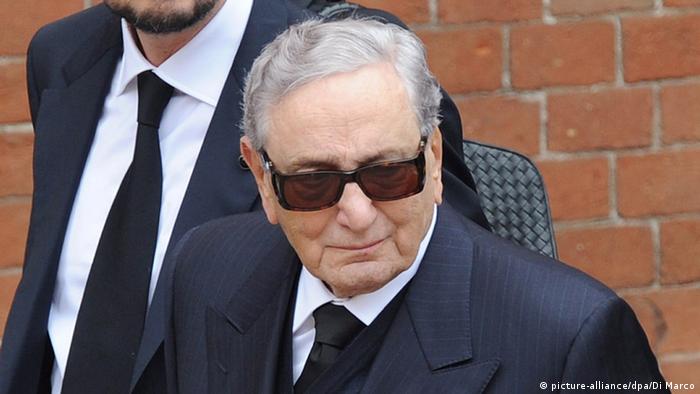 The company announced Ferrero's death on Saturday at the age of 89. He had been ill for several months.

Italian President Sergio Mattarella praised Ferrero as one of the protagonists of Italian industry: "always ahead of his time thanks to innovative products and his tenacious and reserved work."

Ferrero created the chocolate-hazelnut Nutella spread, Ferrero Rocher pralines, Kinder eggs and Tic Tac sweets. He turned the provincial chocolate factory in Piedmont that he inherited from his father into Italy's most valuable privately-owned company with sales of around 8 billion euros ($9 billion). The company's products are sold in 53 countries.

A forceful leader, Ferrero was known for maintaining good working conditions and giving back to his community. Until a few years ago, Ferrero commuted by helicopter every day from his Monte Carlo villa to company headquarters in Alba, northwest Italy, to taste and help design new products.

Ferrero produces 365,000 tons of Nutella every year in 11 factories around the world. The biggest market is Germany, followed by France and Italy. It was Ferrero's father, Pietro Ferrero, who set up the company in 1946 and laid the groundwork for the Nutella recipe, adding hazelnut to it to save money on chocolate but it was his son who created Nutella in its current form.

In 2013, Forbes magazine described Ferrero as "the richest candyman on the planet." It estimated the wealth of Ferrero and his family to be $20.4 billion (14.9 billion euros), the largest in Italy.

Ferrero was pre-deceased by his eldest son, Pietro, who died of a heart attack in 2011 while cycling in South Africa. Pietro had been his chosen successor for the company, but his younger brother Giovanni is now chief executive of the family-owned business.

In late 2013, Giovanni denied suggestions that the company had been approached by the Swiss-based multinational Nestle, saying Ferrero was not for sale.