Italian army on call to deal with escalating violence

Italy's prime minister has not ruled out bringing in the army to deal with the increasing levels of violence across the country. 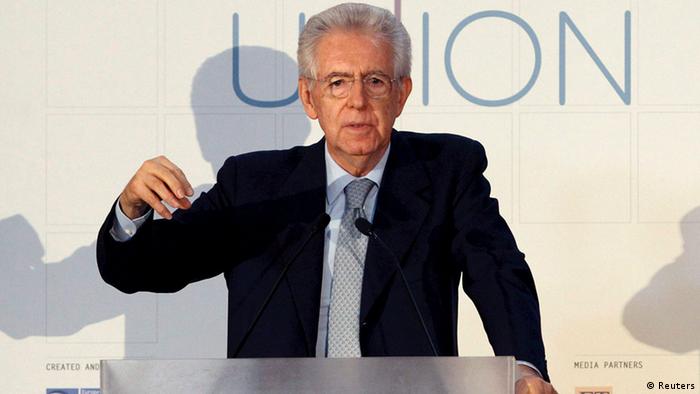 Commenting on the plan, Interior Minister Anna Maria Cancellieri told local journalists "the risk of an escalation of anarchist terrorism is real."

"The army could be used to guard buildings which could be the target of violent protest," she added.

That would include offices of the tax collection agency Equita and industrial corporation Finmeccanica, owner of Ansaldo Nucleare.

"The danger of an escalation exists," she said. "It's a situation which demands drastic action."

The Federazione Anarchica Informale (Informed Anarchist Federation), with links to Greek extremist groups, claimed responsibility for the attack on the nuclear company's head in Genoa on Friday.

Two Molotov cocktails, which failed to detonate, were thrown at the offices of Equitalia in Tuscany on Saturday, while a letter bomb arrived at the company's offices in Rome on Friday.

Attacks on Equilalia are thought to be in response to the government's austerity measures. The group claiming responsibility for the attack on Ansaldo Nucleare chief, Roberto Adinolfi, said it was deserved because he claimed nuclear energy was safe, news agency dpa reported.

Speaking to a youth audience in Tuscany, Prime Minister Monti's comments came as social tensions in Italy continue to rise in the country with the eurozone's highest national debt.

"Italy is currently gripped by strong social tensions. It's normal that this precarious situation increases malaise, but we have to act together against the crisis," Monti said. "Don't give up now, we must make a common effort to share the burden."