Underwater sonar images captured off a remote Pacific atoll might be the remains of the aircraft that Amelia Earhart was piloting in 1937 when she disappeared. 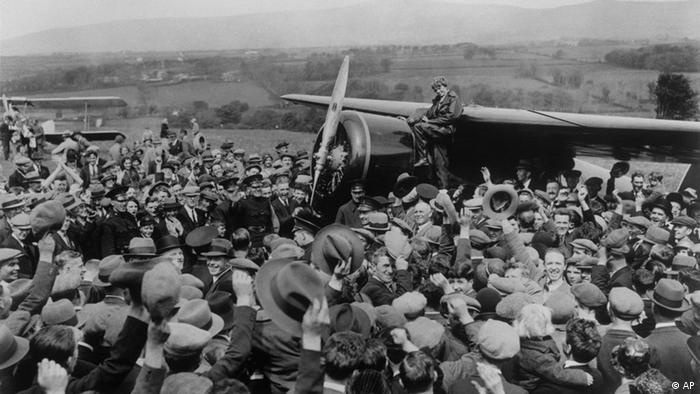 For a quarter of a century, Ric Gillespie and the International Group for Historic Aircraft Recovery (TIGHAR) have been chasing the same elusive lady. A grainy three-color image captured some 200 meters below the surface off the island of Nikumaroro is the strongest evidence to date that the group's theory on her fate is correct and might finally answer the question of what happened to the world's most famous female aviator 76 years ago as she attempted to become the first person to circumnavigate the planet close to the Equator.

TIGHAR first set foot on the uninhabited island, a former British colony that is today part of the Republic of Kiribati, back in 2000 to test a hypothesis that Earhart and her navigator, Fred Noonan, put down on the coral flats at the western end of the island.

Subsequent visits have turned up tantalizing clues that support the theory - shards of plexiglass from a windscreen and aluminum from an aircraft body, stories of the discovery of a human body that was subsequently lost in the confusion of World War II and indications that a castaway survived on the island for some time before succumbing to the elements - but Gillespie hopes that the sonar image might finally be the "smoking gun" that they have been searching for. 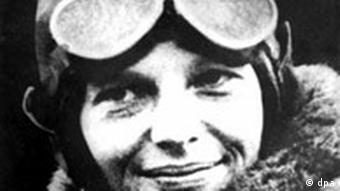 In July 2012, TIGHAR researchers returned to the island equipped with a multi-beam sonar array to construct a map of the underwater topography off the western end of the atoll.

According to the theory, Earhart was able to put her Lockheed Model 10E Special "Electra" down safely on the reef, but it was washed off the edge before aircraft searching for her were able to spot it.

And while much of the aircraft is likely to have been lost in the intervening years, TIGHAR believed that some key components - such as the heavy Pratt & Whitney engines - could still be where they sank 75 years ago.

The 2012 expedition was beset by technical problems and overwhelmed by vast amounts of visual and technical data. It did, however, identify a number of interesting targets that experts believe might have been components of the aircraft. 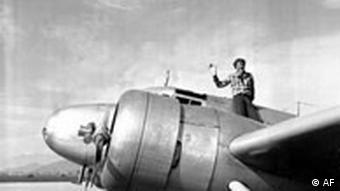 Researchers think they have found the remains of the 'Electra'

Most of the images are only now being examined more closely, and have led to the discovery of what TIGHAR is describing as an "anomaly."

For many years, the accepted wisdom was that Earhart's aircraft had simply run out of fuel and crashed into the ocean on July 2, 1937, as the aviator searched for Howland, the final refuelling stop before flying on to Honolulu and completing her journey by touching down in Oakland, California.

TIGHAR believes that the aircraft had sufficient fuel to reach Nikumaroro, which was at the time the uninhabited British possession known as Gardner Island, where it landed on reef flats before being washed over the edge. Earhart and Noonan could have survived on the island for a time, but eventually died of injury or infection, food poisoning or thirst.

Human remains are unlikely to have lasted long on the island, which is why it is so important to conclusively identify a part of the Electra.

The anomaly that can be spotted on the visual data appears to be an object that struck the slope at the base of the cliff as it drops away from the atoll at a depth of 187 meters and then skidded away in a southerly direction for around 40 meters before coming to rest. 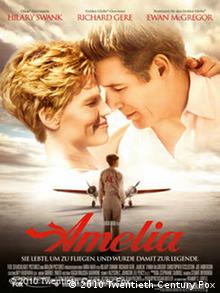 Amelia Earhart's story has been made into a film

Shown the images, Wolfgang Burnside, president of Submersible Systems Inc and the inventor and pilot of the submersible vehicle used to conduct the 2012 search, was convinced.

"This target looks very promising," he said in a message to TIGHAR. "Definitely not a rock, it's in the correct location on the reef and also shows what I interpret as 'drag' markings on the reef above and to the north behind the target, as it obviously hasn't quite settled into its final resting place yet."

Further interpretation suggests that instead of the "scar" that extends behind the target being a mark in the reef where the heavy object tore through it, the "tail" may instead be a debris field of wreckage, internal components and crushed aircraft parts.

New expedition to the island

The only way to be absolutely sure of what they have found, Gillespie agrees, is to closely examine the images they have at present and then to mount another expedition to the island.

The next step, he said, is to raise "the money to hire an independent comprehensive analysis of all the sonar data from last summer's expedition and to determine what else was missed."

And if the "anomaly" turns out to be worthy of further examination?

Researchers plan to embark on a voyage to find clues to Amelia Earhart's fate, one of the great mystery's of the 20th century. Earhart's plane went down over the Pacific in the 1930s as she tried to circle the globe. (03.07.2012)