Thieves have broken into a zoo and made off with three animals belonging to one of the world's smallest species of monkey. The case is the latest in a rash of primate thefts from European zoos. 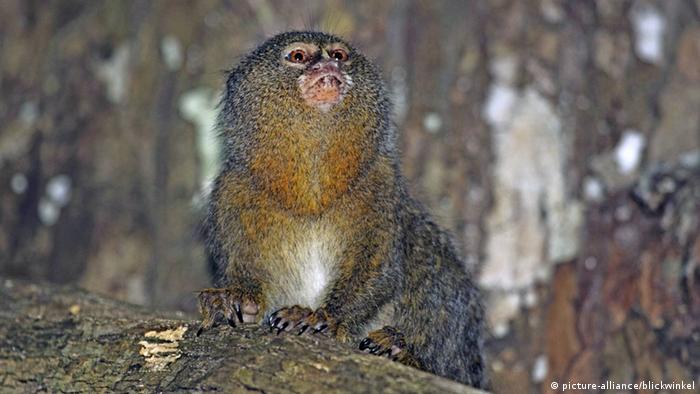 Pygmy monkeys are native to parts of the Amazon rainforest

Three pygmy marmosets - which measure less than 15 centimeters (six inches) - were taken by intruders from a zoo in Dortmund, Germany, between Sunday and Monday, zoo authorities said Wednesday.

"Small monkeys are the most irreplaceable for us," Anke Widow, a spokeswoman for the city of Dortmund, told the DPA news agency.

Two of the missing South American primates were being used for breeding and the zoo has since installed a 24-hour surveillance system, DPA reported.

In recent months there has been a spate of primate abductions from European zoos. A baby baboon was stolen Tuesday from a zoo in Skopje, Macedonia, this week by a 26-year-old woman, who had intended it as a gift for her deaf 7-year-old son, the "Dnevnik" newspaper reported.

And two families of rare and fragile monkeys - seven golden lion tamarins and 10 silver marmosets - were stolen in May from a zoo in Beauval, France.