Iran nuclear deal lifts hope for reforms at home | World| Breaking news and perspectives from around the globe | DW | 24.11.2013

After years of deadlock, Iran reached a compromise with the West on its contested program of uranium enrichment. Experts say that the deal may spur on domestic reforms sought by moderates in Iran's government. 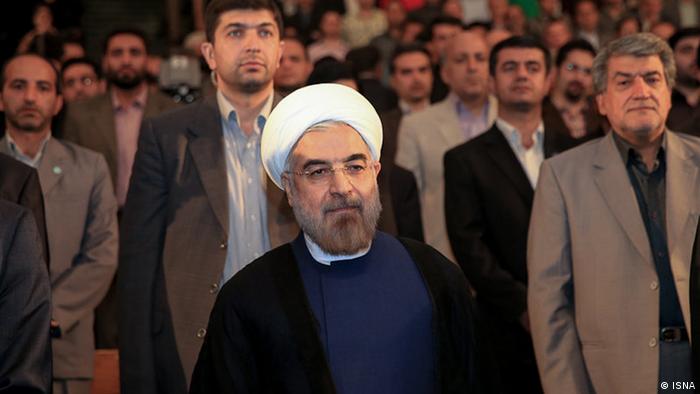 Iran and the West have for many years struggled unsuccessfully to reach an agreement in their dispute over the country's nuclear enrichment program. However, under Iran's new moderate president, Hassan Rouhani, the course shifted during this week's talks, which have now led to a first compromise. Early on Sunday morning (24.11.2013), the foreign ministers of the P5+1 countries and Iran signed a provisional deal that satisfies both parties.

According to that deal, Iran will freeze part of its nuclear program within the next six months. In return, some sanctions that have been imposed by the international community will be lifted.

But a final solution to the nuclear issue it is still a long way off, and many questions remain, said Scott Lucas, an Iran expert at the University of Birmingham in the UK and editor of EA Worldview, which monitors Iranian media. He told DW that progress will hinge on the willingness of the West to lift further sanctions against Iran, while Iran must eliminate distrust of its nuclear program by fully cooperating with the International Atomic Energy Agency.

Credit for this first step toward a resolution of the nuclear dispute goes to the new government in Tehran, said Cologne-based political scientist Siebo Janssen. "When he took office, President Rouhani stated that his government's primary goal was to resolve the conflict with the West," Janssen told DW. "With today's deal, he has come one step closer." 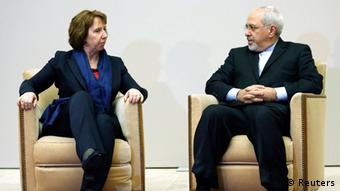 According to Janssen, the reason for Iran's sudden rush to resolve the nuclear issue is obvious. "Economically, the country has its back to the wall. The moderate forces have recognized that the country has to make a move in the nuclear conflict in order to reduce the pressure of the sanctions that have economically paralyzed the theocracy," the political scientist said.

During his presidential campaign in the summer, Rouhani announced plans to improve the precarious social situation of the many Iranians struggling due to the country's economic situation. Many are living at the level of mere subsistence. "This project, of course, can only be realized if money is flowing. That's why the nuclear deal is so important for the government," said Janssen.

The compromise with the West can also be seen as a success of the reform-oriented government in the domestic power struggle against Iran's conservative hardliners, who have steadfastly rejected Rouhani's course of rapprochement with the West.

Iran expert Scott Lucas said a second failure of the Geneva talks would have just been grist to the mill of Rouhani's enemies, who have always warned not to trust the US and its Western partners.

There's a chance the nuclear deal negotiated by the Iranian negotiating team could also increase the chances for domestic political reform.

"Rouhani is president of Iran today because the electorate is thirsting for economic, social and cultural reforms," Janssen said. Iranians have even called for the improvement of the human rights situation in the country.

According to Janssen, Rouhani still enjoys the confidence of the great majority of Iranians. He could, however, rapidly lose that support if he does not soon implement his reform plans. 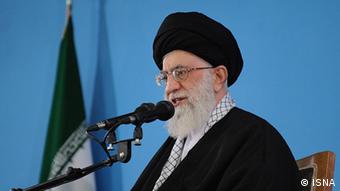 However, the government can't implement its reforms without first getting the green light from the supreme leader of the Islamic Republic, Ayatollah Ali Khamenei. In political issues, Khamenei always has the last word. In the nuclear conflict, he supports Rouhani's direction, but he has to date been unresponsive when it comes to domestic reforms.

The Rouhani government has the support of Khamenei, but with reservations, Lucas explained, calling a deal with the West in the nuclear conflict a "test for the government."

Now that Rouhani has been able to negotiate a compromise with the international community, observers will be watching whether Khamenei offers more support for the president's political course at home.

Opinion: Many winners in deal with Iran

The compromise reached on Iran's nuclear program has advantages for many parties involved. But the agreement is far from a happy end, writes Jamsheed Faroughi, the head of DW's Persian service. (24.11.2013)

Excitement, caution sound in the US on Iran deal

The agreement reached in Geneva is dividing the US congress. While some delegates want even more severe sanctions, others are celebrating the deal as nothing less than "historic." (24.11.2013)

Experts say there is a deal with Iran that Israel can live with, but Israel will still criticize any accord signed at the United Nations in the coming weeks over Iran’s nuclear capacity. (21.11.2013)