Iran has announced it will provide Shiite-ally Lebanon with military aid. Sunni extremists from Syria recently launched a large-scale incursion on a Lebanese border town, raising fears of what the future may hold. 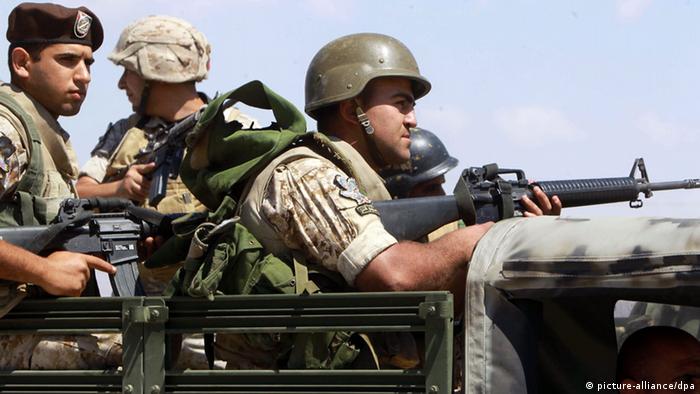 Speaking to reporters in Beirut on Tuesday, Iran's national security council director confirmed that Tehran planned to assist the small Middle Eastern country in its fight against Islamist extremist groups.

Details about the type of military aid are expected to be made public in an upcoming visit by Lebanon's defense minister to Tehran.

Fears of becoming IS target

Fighting from neighboring Syria has spilled over on numerous occasions since opposition fighters - largely made up of Sunni Muslims - began battling Syrian President Bashar al-Assad's military in early 2011.

However, the rise of Islamist extremist group "Islamic State" (IS), which now controls large swathes of land in Syria and Iraq, has alarmed leaders across the Middle East who are paying close attention as it manages to exercise influence across borders worldwide.

Lebanon, too, has fears of becoming the next IS target. In August, both IS fighters and members of the al Qaeda-linked group al-Nusra Front launched a large-scale attack on the northeastern Lebanese border town of Arsal (pictured). The battle resulted in the deaths of dozens of Lebanese troops and policemen.

The extremist fighters also kidnapped roughly 20 Lebanese security forces. Since then, they have beheaded two of the captives.

While the struggle to stamp out the Islamic State has taken priority over animosity across many nations, Israel remains wary of one partnership in particular, namely with Iran.

In a speech to the United Nations General Assembly on Monday, Israeli Prime Minister Benjamin Netanyahu warned that Iran and its nuclear ambitions still posed a greater threat.

"To defeat ISIS and leave Iran as a potential nuclear power is to win the battle and lose the war," Netanyahu said, referring to the IS by a previous acronym.

Netanyahu also warned of Tehran playing a postivie role in the struggle against the IS, accusing it of already supporting terrorism. The Iranian government has long supported Lebanon's Shiite-militia, Hezbollah, as well Israel's main Palestinian political foe Hamas.

"Hamas' immediate goal is to destroy Israel, but it has a broader objective," Netanyahu said. "Hamas is ISIS and ISIS is Hamas," Netanyahu said, adding that they were "branches of the same poisonous tree."