Germany's last high-end television manufacturer, Loewe, has confirmed a consortium will take over the insolvent company. But the restructuring means a quarter of all jobs will be cut in the process. 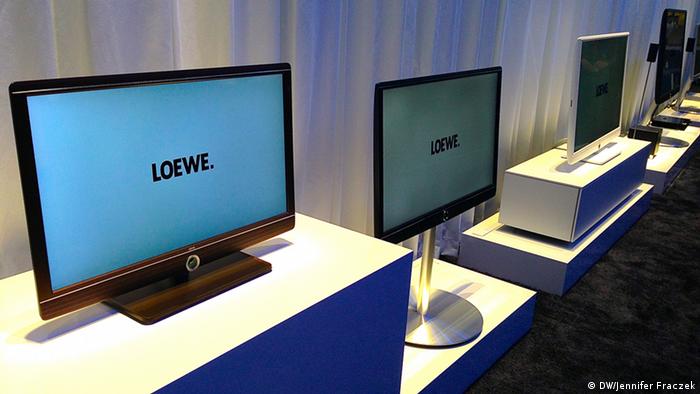 Television maker Loewe confirmed Friday a group of private investors would take over the business, assuring the "continuity of the tradition-rich brand Loewe in German hands."

German family business owners, as well as former management from Apple and Bang & Olufsen made up the consortium, according to Loewe.

The new consortium was said to be planning a stronger focus on digital entertainment products and closer cooperation with Loewe's Chinese technology partner Hisense. The price for the sale was not mentioned.

Loewe's headquarters would move from Kronach in northern Bavaria to the state capital, Munich, as part of the deal, the company said.

Rescue at a cost

It became clear on Friday that a quarter of the 550 remaining jobs at Loewe would be cut, which angered union representatives.

"Our colleagues have agreed to getting less money for their work several times in the past, with a view to safeguarding jobs," Bavaria's IG Metall chief Jürgen Wechsler said. "And now up to 200 people will be out of work, just because a number of banks were not willing to support restrucuring concepts."

The takeover is a so-called "asset deal," which is bad news for Loewe's shareholders. The publicly traded "Loewe AG" entity on the German markets will be dissolved, while the private consortium buys out Loewe assets individually. According to the company, Sharp was its biggest single shareholder with around a 29-percent stake, while around 60% of the company's shares were diversified holdings.

Loewe filed for insolvency, and the right to administer itself, early in October of last year. The company first announced potential suitors for a rescue deal in November. Even vying for a niche at the top of the market, the company had struggled to compete with prices offered by rival companies, especially from East Asia.