Interview: it's time to drop consensus

In an interview with DW, the head of an effort to reform the way the UN deals with environmental problems outlines his suggestions for how the world could move from countless talk shops to action. 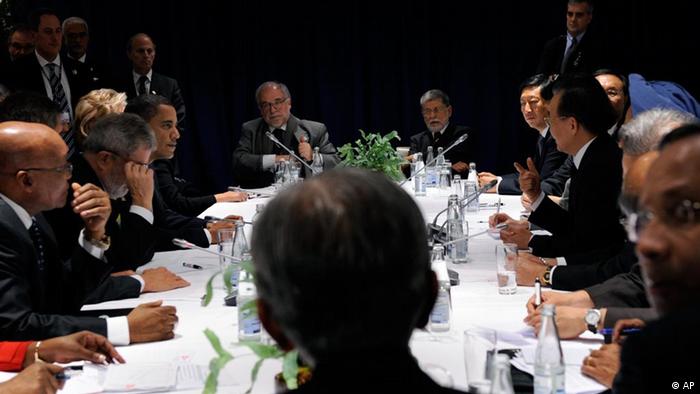 Frank Biermann is the chair of the Earth System Governance Project and a professor at Amsterdam's Free University. He is leading an effort to radically overhaul international institutions like the UN, to make them more effective in their response to global environmental problems like climate change, species loss and pollution.

DW spoke to him at this week's Planet under Pressure conference in London, where he presented his team's proposals to be considered at the Rio Earth Summit later this year.

DW: If there's one common impression that people have of climate talks, it's that nothing ever really seems to be agreed upon. What do you think is wrong with the way the world is dealing with global environmental problems?

Frank Biermann: It takes too much time, the system is too fragmented, too many vested interests are preventing governments from taking forceful action and it just takes too long to come to meaningful agreement. 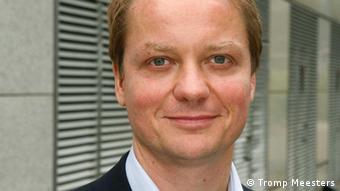 Is it time to dispense with this notion of consensus at the United Nations?

I absolutely agree. One of the core findings of our research program is that the current consensus principle as it is being implemented in the climate negotiation, but also in many other international environmental negotiations, is obsolete. This is something from the 19th century, it doesn't fit the problems that we have now in the 21st century. So we are arguing for the introduction of qualified majority voting in international environmental negotiations.

I think the main resistance would rather be from the big countries. I mean the big countries such as China, India, the US, they would resist majority voting in particular if it would be based on the current system of one country, one vote, where China has the same vote as Monaco and Andorra. Therefore we are arguing for a way of qualified majority voting where the larger countries get special voting rights. For example, that we have a permanent seat in some of these councils that we are proposing for the largest 20 economies.

What about the G20, the 20 biggest economies in the world, which I see you've also written represent two-thirds of the world's population and represent about 90 percent of the global economy, why not simply empower it?

If the G20 would be the main authoritative decision-making body, then one-third of the world's population would not be represented, including 170 nations. And this means it would not be effective, it would not be fair, and all these small countries would not accept (its) decisions. So our proposal, for example for a new council on sustainable development in the UN, we are proposing that half of the votes would be for the G20 and the other half of the votes would be for the smaller countries on a rotating basis.

Absolutely. We believe that the current system of absolute free trade is not sustainable and that we need a system where social and environmental standards also have a role in trade regimes. For example, if countries take strong environmental measures they must not be negated by rulings from the WTO. However, to prevent protectionism, we believe it's also very important that any restrictions on trade for environmental reason must supported by a large number of countries.

But this hasn't really worked very well for labor in the past...

You're right it has not worked in the past, but it has to work in the future, and this is what we very much believe. We need a better integration of economic, social and environmental policies. And for this purpose, we are also proposing to have a high level council in the UN system on sustainable development, a council strong enough, authoritative enough to deal with economic, social and environmental issues at the same time, a body that is strong enough to also have an influence on the World Bank, International Monetary Fund, and world trade.

Do we really need a new environmental organization?

Scientists, politicians, businesspeople and NGO representatives from 95 countries are set to meet in London to find solutions to the issues of growing population and rising consumption of the Earth's limited resources. (24.03.2012)

The World Trade Organization has been working on the Doha Round of trade talks since 2001. But they are still nowhere near a deal. So what now? (06.02.2012)

Listen to the interview on reforming the UN