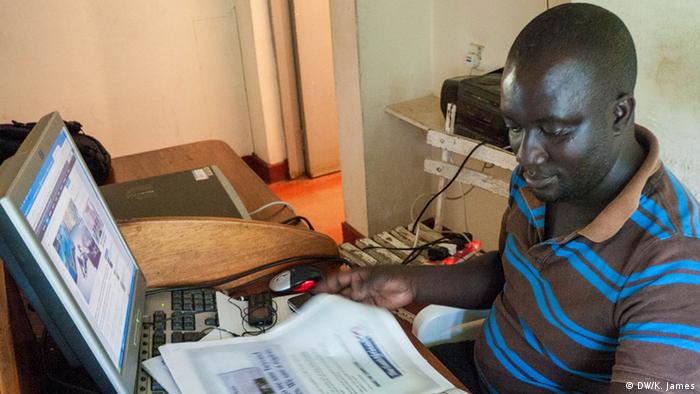 Kenyans are going online in record numbers. Internet penetration is at 90%. According to the latest statistics by the Kenyan Communications Authority (CA), broadband internet take up as of September of 2017 rose 14.3% in comparison to previous years. The number of internet users has increased from 45.4 million to 51.1 million users, with the popularity of mobile Internet being the biggest factor behind this rise. But where do those living in rural Kenya stand? Are they among the newcomers to the digital world or are they still waiting for the future to arrive?

Internet access and affordability remain the biggest challenges for the country’s rural population, according to Irine Achieng, a community liaison officer for SEARCH (Sustainable East African Research in Community Health). Two years ago, mobile network coverage was a problem in many areas and people had to physically travel to particular areas with network coverage in order to access the Internet or even make calls.

Most mobile service companies now provide limited 3G internet services, with some upgrading to 4G. However, 4G signals do not extend to many parts of rural Kenya.

Read more: Mobile solutions are a catalyst for Internet penetration in Kenya

Achieng says that in her experience most people in the rural counties she works in prefer basic handsets with batteries that last longer compared to smartphones with shorter battery lives. But since most simple phones do not connect to the Internet, the result is fewer people with Internet access.

Achieng has high hopes that the ‘last mile’ rural electrification project that will connect many rural households to the power grid will make it easier to keep phones charged, resulting in more people buying smartphones regardless of the battery life. Another major step that gives her cause for optimism is the laying of fiber optic cable from major towns to rural areas. This is a project that started in summer 2018 and will ensure quality access to affordable 4G networks. She believes that digital participation in rural Kenya will increase tremendously in the next couple of months to years.

Gender power dynamics are another obstacle to Internet access in rural areas. Paul Ayieta, sells mobile phones in Bondo town, western Kenya. He says that just two years ago, very few women in rural areas owned mobile phones, resulting in a low participation rate for women. In cases where a household had one mobile phone, it was generally the husband who would have the phone during the day, with his wife only having access in the evening when her husband was back home from work. 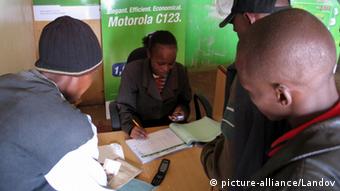 But Ayieta says this trend is changing rapidly. Cheap smartphones from China have flooded the market. And generous Kenyans are doing their part, by buying phones for those friends or relatives who cannot afford to buy their own. While Ayieta says that in 2016, he only sold 1,500 phones, in the last two years he has managed to sell about 10,000 phones and mini tablets – and that most of the phone sales were smartphones. In his view, people in rural areas are waking up to the benefits of internet connectivity. He’s also seeing more and more parents buying tablets which they then load with educational materials for their children.

Even though challenges to digital participation in rural Kenya remain, many rural Kenyans still believe that Internet is the way to go, now and even more so in future. They’re confident that in a few years, internet access and affordability in rural areas will be a main focus for the government. It’s particularly pressing, since the government digitized many services that were previously administered face-to-face in hubs, known as Huduma centers. Nowadays, services such as land searches, motor vehicle registration, paying for trade licenses or applying for passports are all accessible via e-citizen accounts, the new gateway to government services.

Having an e-citizen account saves rural residents the long journey to their nearest Huduma center. Fortunately, you don’t have to own a smartphone in order to register an e-citizen account. People can log onto their account on any Internet enabled device. However, the trend means that Kenyans in rural areas also have little choice but to adopt the use of the technology and become active digital participants - even though cost and access can still be prohibitive.

Organizations working to bridge the digital divide in Kenya’s Kibera slum face an uphill battle. But that hasn’t dampened young people’s desire to gain the digital skills they hope will lead to a better life. (17.01.2019)