As Kenya’s legacy media fights for survival a vibrant blogosphere has bolstered the media landscape. But it too has found itself just as plagued by political manipulation and threats of violence. 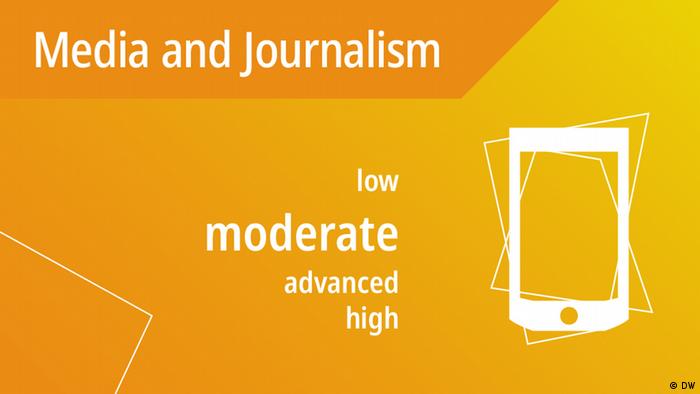 The overall level of of digital participation for Media and Journalism: Moderate

— Kenya has a vibrant blogging community that is gaining the respect of journalists
— Yet the 2017 general election saw widespread manipulation with bloggers paid to spread government propaganda
— A newsrooms skills gap is resulting in shallow coverage
— Legacy media outlets are driving innovation
— Growing fear of of violent attacks, cyber harassment, and arrests threatens journalistic freedom

The run up to the 2017 general election in Kenya was a busy time for journalism. Millions of Kenyans were hungry for political news and journalists were ready to feed it to them. More than 90 percent of the population consumed election-related news in the months preceding the vote. And as is typical for tech-savvy Kenyans, most news consumption happens online, via a mobile phone. But at the time of the election, many Kenyans encountered a media environment manipulated by rival political camps intent on spreading disinformation and propaganda. The roots go back to a national election ten years earlier.

“Digitalization has really messed with the playing field — in good ways and in bad ways,” says cartoonist Godfrey Mwampembwa, or “Gado,” CEO of bunimedia. In the aftermath of the bloody violence that followed the 2007 election, traditional media were accused of political bias and ultimately of stoking bitter tribal and ethnic divisions. Out of the deadly carnage emerged the Kenyan blogosphere with the goal to provide alternative voices and narratives. Today, Kenya’s online media landscape is vibrant, with social media providing influential platforms for media organizations, journalists, and bloggers to share information. According to a report by the Bloggers Association of Kenya (BAKE), bloggers create most of the local content. “Bloggers gained their credibility for being fierce and for creating content in specific areas,” says Shitemi Khamadi of BAKE. Journalists have increasingly come to appreciate the work that bloggers do. “They provide the bits of information that journalists are often unable to publish because they don’t want to offend the authorities or their advertisers,” Khamadi said.

However, during the 2017 election period, different political camps hired bloggers to shape public opinion and manipulate the online information landscape. One of those groups was called the “36 bloggers”, hired by the current administration to inject alternative 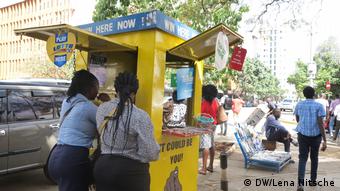 narratives into the bloodstream of WhatsApp, Facebook and Twitter. The manipulation machinery, a whole ecosystem of bloggers and commentators spreading false content and memes, cast the Kenyan blogosphere in a negative light. “This of course affected the credibility that bloggers have,” explained Khamadi. However, he adds, most of the hired bloggers weren’t running a blog at the time; they were just outspoken online actors on social media. According to Gado, social media has enabled manipulation that is growing ever more sophisticated and harder to detect. “The creators of fake news used to be media organizations and the government. Now, the people are sort of bought into it."

Newsrooms in the digital age

At the same time, journalism in Kenya is only starting to get to grips with the challenges of the digital age. The Aga Khan University in Nairobi recently launched a master’s program in Digital Journalism. “It comes at a time when Kenya is experiencing a wave of converging newsrooms to the digital age,” says Rhonda Breit, associate dean at the university’s Graduate School of Media and Communications. In line with global trends, newspapers sales have decreased in recent years, hurting the revenue streams of traditional media. The knock-on effect has been noticeable. “From a media house perspective, there has been a big juniorization of staff that came as a result of downsizing the news environment. And then there is a skills gap coming from that juniorization,” Breit said. Many journalists lack the necessary skills to produce quality journalism across all platforms including digital, video, and radio.  “As a result, Kenya is often experiencing very shallow news coverage. People get a story, but don’t go deeper. We just scratch the surface on issues,” said Breit. The master’s program aims to fill in the gaps to achieve more digital reporting that goes beyond day-to-day, event-based journalism and motivate students to come up with innovations that will shape the future of Kenyan media. 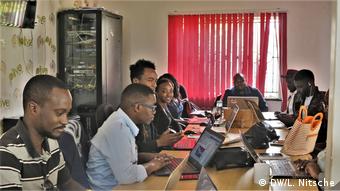 The newsroom of Pulse Live Kenya

“We are very strong on Instagram, Facebook, Twitter and YouTube. We have an incredible mobile penetration rate of 97 percent and most of our viewers are younger than 30 years old,” says Leonie von Elverfeld from Pulse Live. It’s one of several new media startups that are investing all their hopes in social media. Their Nairobi newsroom has the unmistakable sense of urgency that comes with youth, and a constant flow of people coming and going. Short videos and, increasingly, live videos of people on the street offering opinions are their most popular formats, says von Elverfeld. She says that many legacy media outlets struggle to produce content that strikes the right tone for social media. For Pulse Live, their website is seen secondary. They are also facing headwinds when it comes to Kenya’s digital advertising market, which is still heavily centered on billboards and radio. “When we go to potential clients, we need to explain a lot. Almost nobody knows about native advertising and SEO [search engine optimization]. We are the innovators when it comes to digital advertising in Kenya,” said Martin Wachira, managing editor of Pulse Live.

Despite the economic uncertainty, legacy media such as the Nation, Standard, and also increasingly the Kenyan Broadcasting Corporation are investing heavily in digital. For example, the Daily Nation newspaper was the first publisher in East Africa to develop a chatbot. Known as “Nation Kiki”, it guides readers to content and can interact with audiences. And through the “Newsplex” program, it also offers data-driven journalism that produces in-depth and engaging stories for online audiences. A“Before you vote”  series run in the build up to the election in 2017 fact-checked claims by politicians.

Kenya as a media hub for East Africa is thriving. Legacy media are expanding digitally and new media startups are on the rise. And yet the Media Council of Kenya has warned that a recent crackdown on journalists and media workers around the country threatens press freedom.


On top of the threats and acts of violence, some bloggers and social media users have been arrested on charges of publishing false information under the 2018 Computer and Cybercrimes Bill. Polarization is another problem. Media outlets are increasingly under the ownership of politicians, says Rhonda Breit from Nairobi’s Aga Khan University. “So even in the newsroom, the notion of objectivity is difficult. People still tend to report more positively about their political preference. And that preference tends to be very strongly aligned to ethnic lines.” 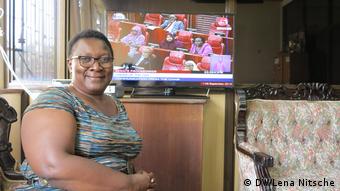 Rachel Nakitare from the Kenyan Broadcasting Corporation (KBC) on the desire among journalist to be the fastest to report:

“Digital journalism in Kenya has picked up. But many mistakes are being made because of the desire to be the first to break the news. We are losing the journalistic ethic of verification.“ 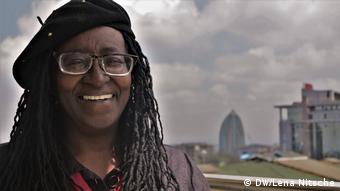 Catherine Gicheru from Code for Kenya on the missing sense of action when it comes to innovation in Kenyan media:

“Understanding what digital technologies can do for you is something that is known, but we are very slow to act, especially within the media.” 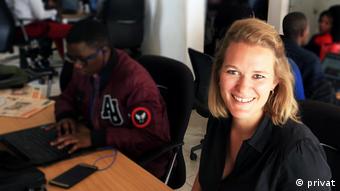 Leonie von Elverfeld from Pulse Live on the challenges of digital advertising in Kenya:

“The digital advertising market is still very small in Kenya. Most ads are still done on billboards and radio and we are missing the revenues that are lost to Google and Facebook. And now there are the influencers who are competing with us on the same market. We need to develop a unique selling point.”

— Emphasis on in-depth, quality reporting
Kenyan media organizations are still suffering from the damage done to their image during the 2007 and 2017 election period. Media should begin to repair the damage by investing in in-depth reporting. “A lot of people say that reporting is dead. We need more analysis and investigative journalism, more focus on features, journalism that informs,” says cartoonist Gado.

— Diversity in news organizations
Many Kenyan news organizations are still heavily dominated by men. “Kenya has strong gender problems. There is a real glass ceiling for women in the media here. And there is a huge amount of harassment resulting in an unhealthy culture of intimidation,” said Aga Khan University’s Rhonda Breit.

— Media viability
Investing in research around sustainable and viable business models that ensure media’s independence from politics will be a key step for navigating media through the digital change period.

— Creating content
Shitemi Khamadi is convinced that the next step for blogging will be to train people in the rural areas to produce content in their own tongue: “The next frontier in terms of blogging will be bringing people outside of the cities to create content — not in English, but in their native languages.”

Digitalization is a catalyst for change in Kenya, amplifying voices that otherwise wouldn’t be heard. But while it is having a positive impact, concern about technology’s negative effects on the public sphere is growing. (18.01.2019)

Fact-checking initiative "Before you vote"