International donors meeting in Brussels have vowed to help convert the West African state of Mali into a viable nation rather than a terrorist haven. The EU kicked off donations pledging more than half a billion euros. 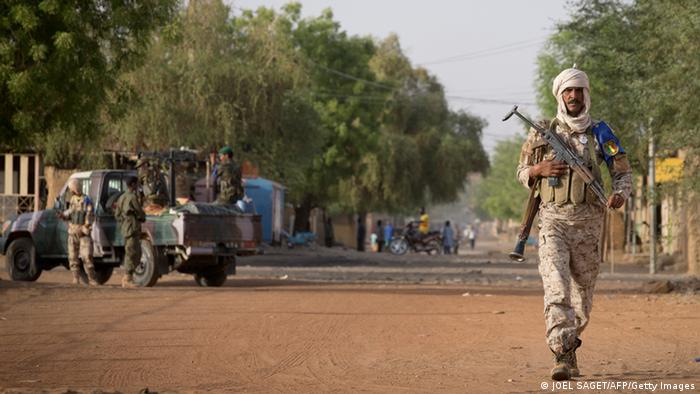 France's Foreign Minister Laurent Fabius told those meeting in Brussels on Wednesday that everyone "had to look at the causes of the crisis" which saw the north of the country overtaken by Islamist rebels and France sending in military forces.

"The war is being won. Now we have to secure the peace," Fabius added, emphasising the need for accord in a new Mali.

The crisis, he added, reflected Mali's economic and political failings which need to be resolved.

The purpose of Wednesday's donors' conference is to secure 2-billion-euros ($2.6 billion) in aid to fund a plan Malian official's hope will successfully turn their country into a stable democracy.

The 4.3-billion-euro rebuilding plan, billed by Brussels prior to the conference as "a total relaunch of the country," includes various initiatives, such as organizing elections currently set down for July.

Preconditions would be tied to the aid, ensuring an open and transparent Mali, with political reconciliation and democracy pivotal in stabilizing the country and the wider Sahel region.

"That is why the elections must take place on the date indicated" of July 28, France's Foreign Minister Laurent Fabius told attendees. "You cannot separate [the country's development] from the democratic process."

Malian President Dioncounda Traore announced on Tuesday that the July poll would go ahead as planned, but warned the country's electoral commission had cautioned that it might be too soon.

The European Union's Development Commissioner Andris Piebalgs, said pledges had been made by dozens of countries from around the world. The amount raised, he added, will not be disclosed until the close of the conference later on Wednesday.

"We are very close," he told conference attendees. "It really is a very big success."

The biggest donors to made pledges include, the United States, France, the World Bank, the Islamic Development Bank, Denmark and Germany, news agency DPA reported.

Prior to the international donor conference, the European Union Tuesday was the first to pledge money to rebuild war-torn Mali.

"The support," he added "of the international community is essential to establish a Mali this is stable, democratic and prosperous."

As the conference opened, Mali's Foreign Minister Tieman Hubert Coulibaly said the crisis "has taught us a lot" and showed that "we need to live and work together" in Mali.

Other attendees highlighted the need for the July polls to restore democratic rule after the 2012 military coup saw the Tureg and hardline Islamist rebels seize key cities in northern Mali.

Tens of thousands of Malians displaced by the conflict are still in refugee camps in neighboring Mauritania, Burkina Faso and Niger, again prompting questions over the logistics of organizing a swift vote.

Wednesday's conference in Brussels is being co-hosted by the European Union and French President Francois Hollande, with more than 100 delegations in attendance.