Somali pirates are currently being sentenced, in some cases to death, in courts all over the world. But with 80 percent of pirates being set free, experts say the risks are too low to stop the problem. 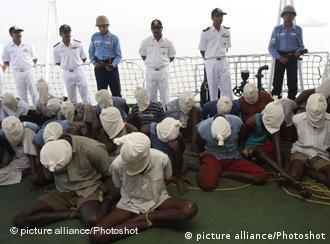 Piracy has flourished in lawless Somalia

Late last year, a pirate trial began in Hamburg for the first time in 400 years. Ten Somali men, some of them under 18, were brought to Germany on board a Dutch warship, and handed over to German authorities. They were caught red-handed last April, 500 miles off the Horn of Africa, in the act of hijacking the Taipan, a cargo ship owned by a Hamburg-based shipping company.

Their trial is complex and still ongoing, but other countries have already begun sentencing Somalis convicted of hijacking their ships.

On Monday, two Somali pirates were sentenced to life in prison in a court in the US, after they were involved in an abortive attempt to obtain ransom that ended with the murders of four US citizens. On the same day, a South Korean appeals court demanded the death penalty for a Somali pirate convicted of attempted murder of a South Korean captain on a hijacked ship.

Similarly, earlier this month, a Dutch court sentenced five Somalis to periods ranging from four to seven years for abducting two South Africans off a yacht in the Seychelles last year. 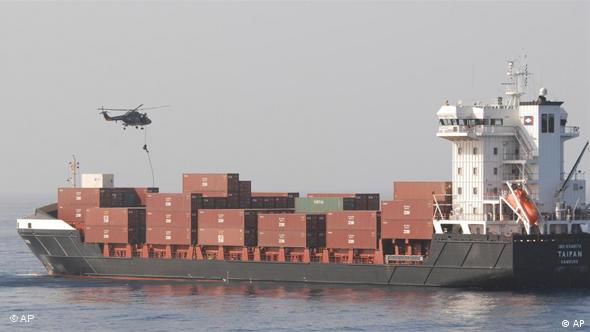 A drop in the Aden

Altogether, around 1,000 pirates are currently on trial or in prison around the world, and navies have stepped up the force with which they are protecting their shipping interests. In Germany, meanwhile, more and more shipping companies are relying on private security – occasionally armed guards.

But the increased violence and tough sentencing does not seem to be an effective deterrent, with pirate attacks rising once again last year.

The International Maritime Bureau reported 445 pirate attacks on commercial vessels in 2010, an increase on 2009, when there were 410.

According to the European Union Naval Force for Somalia (EU NAVFOR), also known as Operation Atalanta, some 17 ships, containing around 380 hostages, are currently being held by pirates in that region.

The biggest hotspot remains the Gulf of Aden, the narrow channel that leads out of the Red Sea, around the Horn of Africa and into the Indian Ocean. Somalia comprises the entire southern coastline of the Gulf. In a few short years - since around 2006 - piracy has gone from being the isolated actions of a few desperate fishermen to a massive international criminal organization, a major factor in the Somali economy, and a headache for world trade.

The start of the problem: illegal fishing

Some people are getting extremely rich. Images on Google Earth and in various media reports show tin shacks and mopeds on the Somali coast have been replaced by villas and SUVs. A number of critics say the incentives still far outweigh the risks and the rewards are just too tempting for Somali pirates to be deterred. 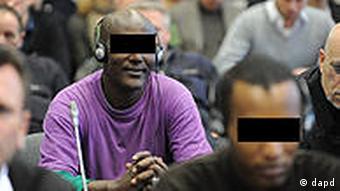 Pirates put on trial in Hamburg may apply for asylum

Mathias Weber is a political scientist who has been writing and studying the East African region for over 20 years. He believes the roots to Somali piracy lie in illegal fishing in the late 1990s and early 2000s, when local communities were robbed of their livelihoods.

"The problem started when state institutions collapsed in the 1990s as a result of the civil war," he told Deutsche Welle. "Fleets of foreign fishing trawlers exploited that and simply fished all the fish."

The United Nations World Food Program estimates that $300 million (208 million euros) worth of fish are stolen from Somali waters every year. "Local fishers had fewer and fewer fish in their nets. So they simply began to board the trawlers and demand ransom," says Weber. "They just saw how easy it is to hijack a ship. And shipping companies began to pay up quickly too."

Over time, Weber explains, the fishermen began to expand their operations and board any passing ships – sometimes cargo vessels, sometimes just sailing boats being sailed for pleasure. "They realized that they can earn huge amounts of money relatively easily," says Weber.

On top of the vast rewards, there was the fact that Somalis had little to lose. "It's a failed state where it's difficult to survive at all," Weber points out. "People don't really have any other way of making much money. And the country is ruled by violence anyway - people are used to taking risks."

"After a while, they upgraded, re-investing the ransom money in speedboats, GPS systems and weapons," says Weber. "Eventually they had mother ships off the coast where they could spend several days at sea, which further expanded their range of operations."

It's true that Operation Atalanta has been able to report a certain amount of success – while the number of pirate attacks has increased, a smaller proportion have been successful.

"The pirates are becoming more violent too," Weber adds. "They know now that there are armed guards and they may be attacked, which didn't used to be the case. So things tend to escalate. Also the pirates have found ways to get into the panic rooms that some ships had installed." 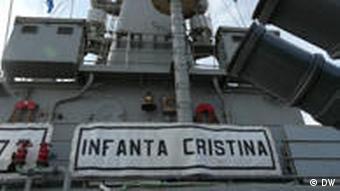 Operation Atalanta has had some limited success

Another exacerbating factor is that even when pirates are caught, countries are often reluctant to take them into custody. Weber estimates that as many as 80 percent of pirates are released once the ship has been reclaimed, simply because authorities don't want to deal with the cost of collecting evidence and holding a trial.

"Plus, if they get brought to Europe there's a good chance that they'll apply for asylum, and countries won't be able to get them off their hands," says Weber.

That's why the idea of an international piracy court is currently under discussion in the United Nations. But Roger Middleton, consultant for the Africa Program at the Chatham House think tank, is unconvinced such a move would make much difference.

"The legal framework exists for pirates to be tried by nations that arrest them," he told Deutsche Welle. "The problem there is a political one not a legal one. Secondly, international tribunals have generally been reserved for issues of really serious concern - war crimes, genocide and so on - I don't think anyone would argue that piracy falls in those categories."

But the issue is also one of practicality – bringing prisoners all the way to the countries where the ship they hijacked happened to be from is costly and time-consuming. "It is important that people who engage in piracy can be tried," admits Middleton. "And if the only practical way to do it is by a UN court, perhaps that can be pursued."

As far as Weber is concerned, the UN court is essential. But he says that other measures are just as important, including stopping illegal fishing and stopping the illegal dumping of toxic waste on the Somali coast. And, most of all, peace and order need to be brought to Somalia.

Plan to use private firms against pirates comes under fire

The German government is planning legislation to allow private security firms to protect German ships against attacks by Somali pirates. However the idea would have serious legal ramifications. (19.08.2011)

Germany on Saturday took control of the EU's anti-piracy Operation "Atalanta." But despite European efforts to combat piracy along the Horn of Africa, attacks on ships are on the rise. (13.08.2011)

The six Indian sailors were freed after the payment of $2.1 million ransom. They thanked Pakistan's government for its role in their release. Pakistan worked with Egypt to free the cargo ship Suez hijacked last year. (24.06.2011)