Interior ministers speak out against ′dangerous′ Facebook parties | Germany | News and in-depth reporting from Berlin and beyond | DW | 03.07.2011 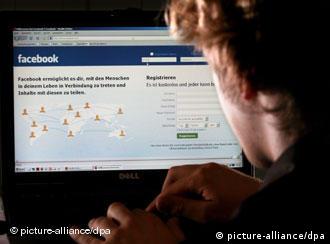 "If public order and safety are put at risk then Facebook parties must be banned in advance," Lower Saxony Interior Minister Uwe Schünemann told the weekly Welt am Sonntag newspaper.

North Rhine-Westphalia Interior Minister Ralf Jäger echoed those thoughts, telling the newspaper that "if there is concrete evidence of potential danger to participants or innocent third parties ahead of a planned Facebook party, then it is the duty of the municipal police to prohibit the event."

However, Malte Spitz from the Greens said the interior ministers were fueling a "sham debate" with their comments, adding that "police already have appropriate powers to intervene in cases of danger" arising from Facebook parties.

In early June, a Hamburg girl used Facebook to organize her 16th birthday party but unknowingly broadcast the invitation for all Facebook users to see, leading to more than 1,500 guests turning up for the event and forcing some 100 police officers to intervene to keep the crowd under control. Eleven people were detained during the party and one police officer was injured, as well as dozens of people wearing flip-flops who had stepped on shards of glass from broken bottles. Two small fires had to be extinguished and the birthday girl, identified only as Thessa, was forced to flee as the party got out of control.

Shortly after, a spontaneous party in the western city of Wuppertal attracted some 800 people, 41 of whom were taken into police custody and 16 injured.

Hamburg authorities are currently also bracing themselves ahead of a Facebook party planned for September 30 and an expected influx of up to 19,000 partygoers on the city's transport grid.

Schünemann said that in order to prevent such events from occurring, young people using Facebook needed an "Internet drivers license" to educate them about the potential dangers of using the website.

"Young people often don't know what they're getting themselves into," he told Welt am Sonntag. "They have to pay for any damages and necessary rubbish collection, and this can cost in the thousands of euros."

Since a German teenager accidentally invited everyone on Facebook to her birthday party, some readers have voiced concerns about their own privacy settings. Others think the girl should have known better. (07.06.2011)