With Indonesia set to invest in a major tank deal with German suppliers, concerns over human rights abuses refuse to go away. There are also questions as to whether the archipelago nation needs such equipment. 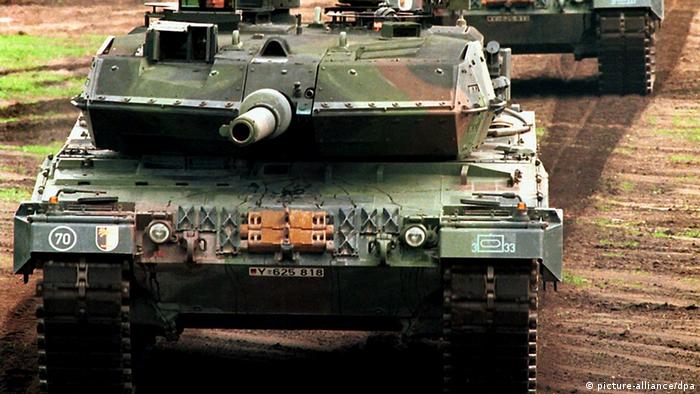 The Indonesian foreign ministry has announced that the country's armed forces will buy 103 Leopard and 50 smaller Marder tanks from Germany. The orders were placed with the company Rheinmetall in Dusseldorf, Germany.

"The tanks will be delivered in stages - at the end of 2012, in 2013 and in the first half of 2014," Deputy Defense Minister Sjafrie Syamsuddin told journalists in Jakarta.

The deal is thought to be worth some 210 million euros (270 US dollars). The Indonesian Defense Ministry has said it will buy 40 Leopard 2A4 vehicles and 63 Leopard Revolution tanks.

A contract was due to be signed between Jakarta and Rheinmetall on Wednesday. The deal coincides with Rheinmetall's participation in an Indonesian military trade fair, the Indo Defense Expo and Forum, from November 7 to 12. 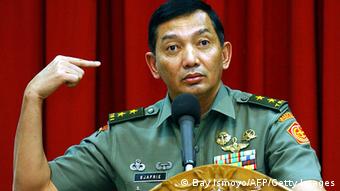 Syamsuddin made the announcement, saying the tanks would come in stages

Previously, the defense ministry had named the armaments company Krauss Maffei Wegmann in Munich as its supplier - something the firm had denied.

Despite those denials, the news was enough to trigger a storm of protest. Human rights organizations have sharply criticized the fact that the tanks are being procured from Germany. Valeska Ebeling of the rights group Survival International explained that her organization had strong concerns about the human rights situation in Indonesia - particularly in the region of West Papua. Survival International claims the indigenous people of the resource rich area have been suppressed since 1963.

"The German tanks could be used against by the government against its own people," said Ebeling. "We want Germany to address the issue of responsibility and human rights with Indonesia."

The opposition in Jakarta is also unhappy. Indonesian parliament representative and member of the defense commission, Helmi Fauzi, explained to DW that the Leopard tanks were not appropriate for Indonesia, being too heavy for the country's road system. In addition, he claimed, the Indonesian navy did not have ships suitable for carrying the tanks.

"Indonesia needs many more light and small tanks," explained Fauzi, who is a member of the largest opposition party the PDI-P. But while the defense commission initially saw a heated debate about the tank deal, Fauzi said, the majority were eventually in favor. 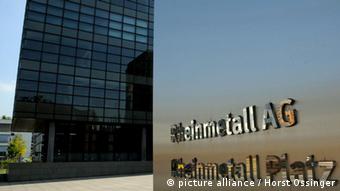 He said they were persuaded by the obsolescence of the army's existing equipment.

'A matter of status'

According to security experts, the Indonesian army was keen to buy heavy battle tanks because neighboring countries such as Malaysia and Singapore already possessed such weapons. For the army, the possession of such weapons was important, even if only for prestige.

The Indonesian human rights organization Imparsial criticized the project. Poengky Indarti, the group's executive director, described it as a pure waste of money adding that any deal should be based on objective rather than political criteria. Transparency, said Indarti, remained paramount to prevent corruption. 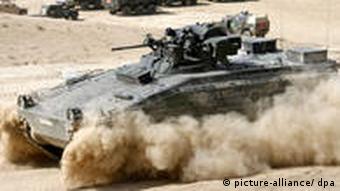 Originally, Indonesia had planned to buy used Leopard tanks from the Dutch army. However, the Dutch parliament rejected the deal earlier this year over concerns about human rights abuses. An Indonesian army spokesperson said that there were other possibilities - namely Germany.

Opponents of the weapons deal are now relying on the German government.

"Even if the weapons deal is not negotiated directly with the German government, but with a company instead, the government still needs to give its permission," stressed Survival International's Ebeling, hoping the government would carefully consider the situation of human rights in Indonesia.

Merkel steps up cooperation with Indonesia

During her visit to Indonesia, Chancellor Angela Merkel and President Susilo Bambang Yudhoyono have developed ties to cooperate more closely in defense, the economy and the environment. (10.07.2012)

Addressing the Council on Relations in New York on the problems in restive Papua, Indonesian Foreign Minister Marty Natalegawa said his government understands the problems in the region. (28.09.2011)