Legalization of the export of cows from India, where the animals have a powerful religious significance, has been suggested as a way to curb border violence. However, there is strong opposition to the idea. 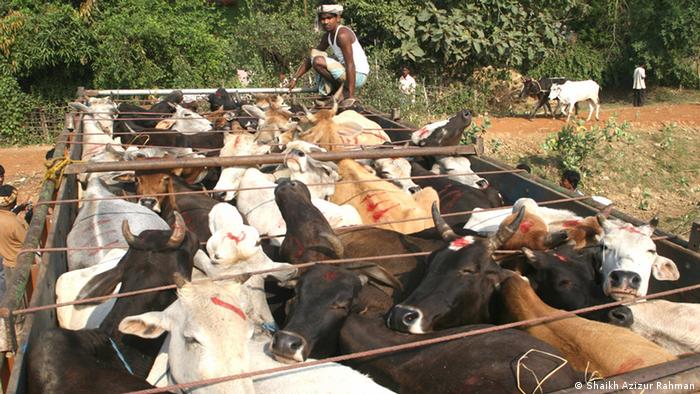 Although the cow is held sacred in Hinduism, cattle are still smuggled out of India in large numbers.

Across the border in Bangladesh, beef is considered a delicacy.

India's Border Security Force (BSF) guards kill dozens of people each year, most of whom are cattle smugglers, according to Indian authorities. Since 2006, the BSF is said to have killed 261 Bangladeshis.

India has been criticized in the international forums for not reining in its "trigger-happy" border guards. 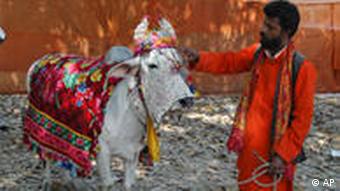 The cow is venerated in India as a sacred animal

"Merely policing by the BSF and other security agencies would not help resolve the problem of cattle smuggling," said Bansal. "We should seriously think of other ways to deal with the issue. The menace might be best controlled if the trade across the border is made legal."

More than 90 percent of Bangladesh's 160 million people are estimated to eat beef. According to Kolkata-based independent researcher Bimal Pramanik, up to three million cows are slaughtered in the country every year - most from India. The smuggling trade is thought to be worth 50 million rupees (920 million US dollars).

"Three out of every four cows slaughtered in Bangladesh are from India. It's the sheer economics of the trade that makes smuggling so lucrative," Pramanik told DW.

Cows from states as far away as Rajasthan, Haryana and Punjab are brought to the cattle markets of West Bengal state, which borders on Bangladesh. Organized gangs buy the cows from Bengal's markets, before smuggling them through various secret points along the 2,400 kilometers (1,500 miles) India-Bangladesh border. 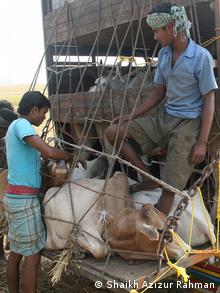 "Occasionally tension breaks out with the BSF men, mostly over the amount of bribe. If a carrier refuses to pay the amount as demanded by the BSF guards, he is likely to face trouble, that includes being beaten or even killed, in few cases," said a cattle smuggler who gave his name only as Kalu.

"From this smuggling police, customs, BSF personnel and even some politicians get their cuts."

Although Bansal's comments have not triggered any official reaction from Delhi, Dhaka has welcomed the former BSF boss's idea.

Bangladeshi Commerce Minister Golam Mohammad Quader said this week that for long years Bangladesh had been urging India to remove cattle from the list of items banned for exports from India.

"Lots of lives are being lost as people are resorting to illegal routes to bring cows from India. If India begins exporting cows to Bangladesh, such untoward incidents will stop and the border will remain peaceful," Quader said.

"We are really keen to import cows from India, and want all illegal activities involving cow trade across the border to end."

Legislation 'will save lives'

Mustafizur Rahman, executive director of the Dhaka-based think tank Centre for Policy Dialogue, agrees and thinks that legalization will reduce the number of deaths on the border. 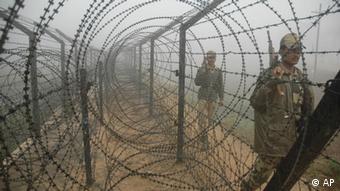 "A legalization of the cattle trade will definitely curb the violence on the border to a big extent, which in turn will help normalize the bilateral relationship between the two countries," Rahman told DW.

"We rarely see a bilateral meeting in which Dhaka has not raised the issue of killing and torture of Bangladeshis by India's BSF."

However, Hinduist groups remain steadfast in the belief that there should be no legalization of the cattle trade.

"The cow is our mother. We shall never allow the government to export cows to a Muslim country where they all will be slaughtered," said World Hindu Organization leader Ajay Nandi, who warned of a "country-wide movement" if the trade were made legal. "We can go to any extent to stall such anti-Hindu move," said Nandi.